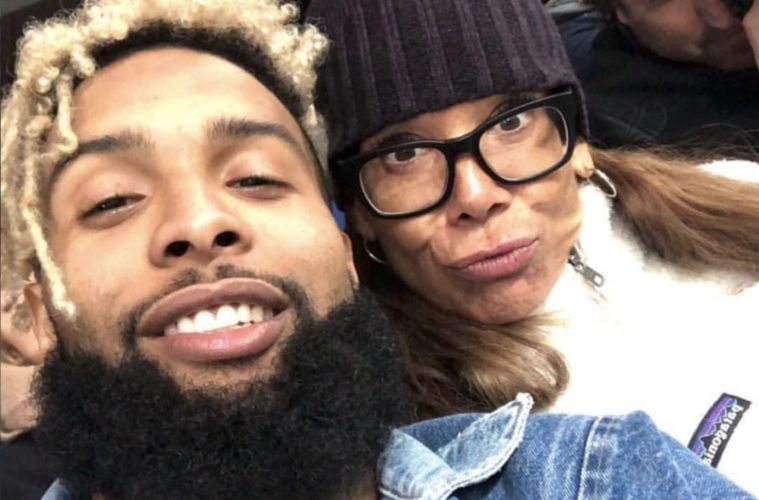 NFL superstar Odell Beckham Jr. is trying to save face – literally – by having a club altercation video disassociated from himself. OBJ’s legal muscle has issued a statement addressing footage which looks like the New York Giants player in a nightclub getting hands put on him.

This weekend, Odell’s lawyer has ended speculation about Beckham Jr. getting attacked in an Atlanta nightclub Friday (March 16) night.

“This is 100% not Odell. He was not and is not in Atlanta,” Beckham Jr.’s lawyer told the News. “He has not even been in the state of Georgia recently. The people who falsely posted and reported information will be hearing from his legal team. We intend to take legal action against anyone who perpetuates these false statements and claims.” (New York Daily News)

Yesterday, footage emerged of the Odell lookalike who suffered turning into a trending topic.

#PressPlay: As we reported earlier, it wasn't #OdellBeckhamJr who got into a brawl at the club–We found the #OBJ look-a-like from the video though #Roomies 😭😭 (View earlier post)

Initially, media outlets reported on Odell possibly getting assaulted at an Atlanta club.

Last weekend, Odell made headlines for possibly appearing in a disturbing video leak which involved alleged drugs and women.

Odell Beckham Jr. might find himself in a world of trouble after an Instagram model secretly recorded him, and although it was just for a few seconds, it caught the New York Giants clearly smoking weed while laying in the bed. In the video, you could hear OBJ trying to proposition the woman next to him to have sex with somebody else. While she’s listening to him, she has a credit card in her hand with cocaine next to her. (Total Pro Sports)

This the video with audio of Odell Beckham with blunt in hand and pushing some chick to have sex with someone else😭😭😭😭😭😭😭 pic.twitter.com/Jh1hLPKVSj