Odd Future's Tyler the Creator was reportedly busted by police Tuesday (May 10) in Los Angeles and took to his Twitter page to publicly air out legal enforcement.

Tyler shared his disinterest in the police and vowed to never respect the authorities.

“F*CK COPS,” he tweeted May 10th. “F*CK POLICE F*CK YOU ALL I HOPE YOU ALL DIE. I WILL NEVER RESPECT YOU. PIGS I Can Not Wait To Perform F*CK THA POLICE Tonight.”

“F*CK A COP. I Have A Great Lawyer. Actually. No. I Dropped GOBLINE Today, I’m Not Gonna Let That Sh*t F*ck My Day Up.”

“just got out of jail,” he tweeted April 29th. “would like to go on the record saying..f*ck the police. f*ck a cop, non-stop. frank will never speak to a cop again in his natural life. i have no respect for police.”

“i swear if i weren’t sane in mind i’d throw a f*ckin molotov in a cop car right now.”

“cuh had napoleon complex. and seemed really sad that he was on that lame a** bike patrol” (Frank Ocean’s Twitter)

Reports claimed Ocean was officially bailed out by his manager.

Odd Future’s co-manager Kelly Clancy posted his bail in the early hours of Friday morning, but no further information was disclosed. Ironically, Ocean plays a police officer in the video for bandmate Tyler, the Creator’s upcoming video “She,” which was shot earlier this month in Los Angeles. (Rap-Up)

“It’s based on getting the distribution deal we’ve always envisioned that allows the group to ‘sign themselves’ to their own company and keep their masters,” manager Chris Clancy said in a statement. “They will have 100% creative control of all aspects of their music, art, and release schedule with no 3rd party participation in outside business. Freedom and ownership was the whole point. Red and Sony know that its in everyone’s best interest to maintain the group’s authenticity and control. They built it, they deserve it. There’s no cheesy hooks or fluorescent liquor product placements in the works.. It’s about to be fun.. and different.. ” (Rap Radar)

Check out some recent Odd Future footage below:

Comments Off on Odd Future’s Tyler The Creator Busted In LA, “I Swear To Atheist God, F*CK COPS” 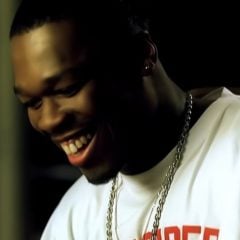 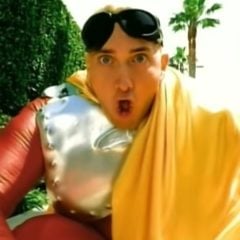