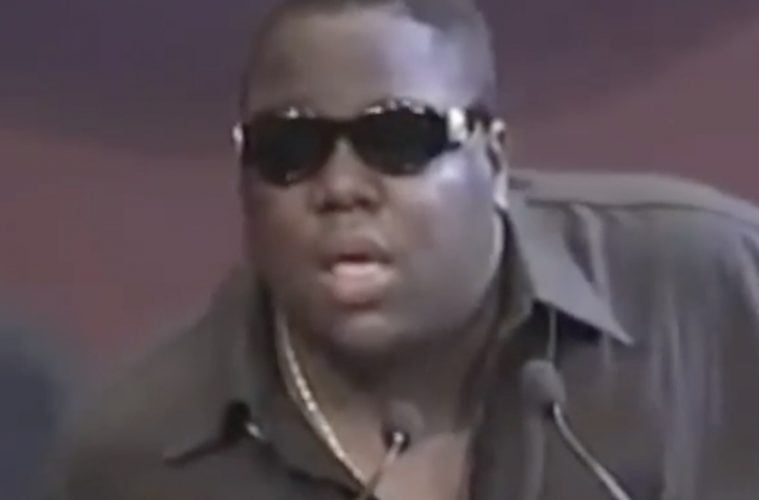 Late music icons Notorious B.I.G. and Whitney Houston are “this” close to securing their legacy in the Rock N Roll Hall of Fame. The two East Coast legends have been nominated for the 2020 class.

According to reports, B.I.G. and Houston are among 16 acts nominated for the 2020 class.

Years after their deaths, Whitney Houston and The Notorious B.I.G. could be enshrined in the Rock and Roll Hall of Fame next year. Houston, described by many as the greatest singer of her generation, and legendary rapper B.I.G., whose real name was Christopher Wallace, are among nine first-time nominees and 16 overall under consideration for induction for the 35th annual Hall of Fame ceremony in Cleveland in May, the Rock Hall announced Tuesday. (USA Today)

Last May, Notorious protégé Lil’ Kim shared pics of herself alongside everyone from B.I.G.’s daughter T’yanna Dream Wallace to Fabolous.

A few days prior, a fresh clip surfaced showing B.I.G. protégé Lil Cease standing next to Kim and openly pouring out his love for her.

“That support. I apologize for the things I have done that may have hurt you or affected you or made you feel bad. I genuinely apologize, I love you from the bottom of my heart. You like one of my, not my real sister, but you are my sister, for life, and I love you. I thank you for bringing this energy here – I owe you that forever. I’ve waited years to tell you that.”