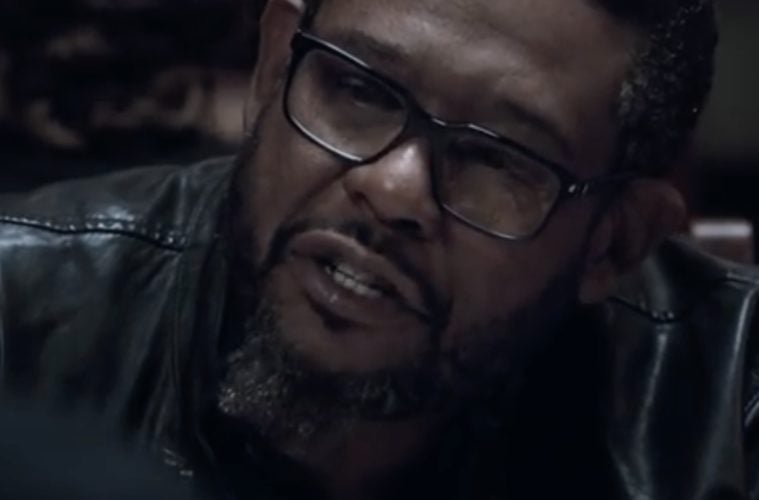 Moving Monday. We’re moving all over the place SOHH why not get things going with the Notorious B.I.G. “City of Lies” trailer dropping? Speaking of the West Coast, does Kanye West need some serious hugs out in Calabasas? With rap stars on your mind, should Drake feel some competitive pressure this summer with Future putting out fire? All this coming up in SOHH Whatcha Think.

Will we ever find out who shot Notorious B.I.G.? While we continue to wait it out, Hollywood heavyweights Johnny Depp and Forest Whitaker have raised the stakes in the upcoming City of Lies movie. Strong acting. Big cast. Oscar-worthy? The trailer is out:

Are you going to see this? Will this deliver a much-needed answer? Could this be Oscar-worthy? #SOHHWhatchaThink?

We’re literally just four days away from getting G.O.O.D. Music – there’s no telling what Kanye West has gone through to meet a bunch of deadlines for projects ranging from Pusha T, Teyana Taylor and Kid Cudi albums to Nas and his own solo effort. Could a hug go a long way for Mr. West? His Twitter page is on it:

sometimes we all need hugs

Amma Mata had given over 32 million hugs pic.twitter.com/OBotiHWZUU

Does Kanye West need a hug? Does he think the world needs a hug? Is this a message you can get behind? #SOHHWhatchaThink?

Are we ready for everything June has to offer? Kanye West has promised to drop serious fire later this week but June has everyone from Drake to Nicki Minaj putting out new music. But is the summer really Future’s time to shine the brightest? Turns out he already has an anthem for the next three months.

Are you feeling this banger? Is Future one of the best in rap right now? Should hip-hop brace itself for Future Hendrix take over? #SOHHWhatchaThink?

That wraps it up for today. This is SOHH On The Spot giving the scoop from your fave gossip sites.