Fuego Friday. It’s a fiesta today so why not get things started with North West feeling the wrath of the Internet over her mom’s Paper Magazine cover? Speaking of craziness, is Adolf Hitler blazing over Nicki Minaj‘s “Only” music video? With Nicki still on your mind, has Taylor Swift come to her and Iggy Azalea‘s defense? All this coming up in SOHH Whatcha Think.

North West has had her fair share of shots fired at her just by having Kanye West as a dad. But(t), pun intended, the jokes thrown at her over Kim Kardashian appearing on Paper Magazine have reached all new heights. Bossip is all over it:

The world is currently going crazy over Kimmy K’s oil-splattered goodies that she proudly bared for Paper Magazine as part of her shameless #BreakTheInternet campaign. Naturally, all Hell broke loose on social media as endless jokes, Memes, angry rants and Photoshopped pics exploded onto the internet like never before. (Bossip)

If you’re familiar with the Hitler video clip gag, you should know there was no doubt it would be used again in light of Nicki Minaj’s “Only” music video. Raw Story is on it:

Rapper Nicki Minaj is often in the headlines, but this is the first time she was accused of using Nazi symbols. The music video for her song Only does indeed include undeniably Nazi imagery. Of course that in itself is not a problem. The question isn’t the what, but rather the how. The film Sophie’s Choice, for instance, has Nazis (the what) in it. But the film’s sympathetic protagonist is victimized by the Nazis who are, appropriately, villified in the movie (the how). The documentary Triumph of the Will features Nazis (the what) as well. But in this propaganda film, the Nazis are exalted as heroes (the how). And therein lies the difference. (Raw Story)

Will this clip ever lose its relevance? #SOHHWhatchaThink?

It’s no secret Taylor Swift enjoys some hip-hop but could she really put a stop to the hate Nicki Minaj and Iggy Azalea receive over writing their lyrics? TIME has this covered: 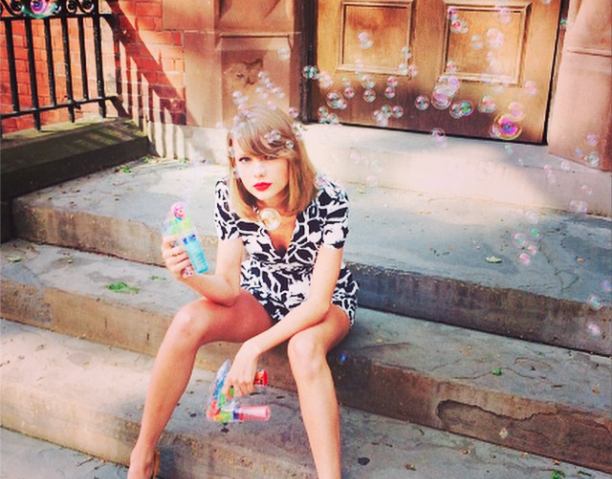 Can you agree with what Taylor’s saying? Do women always have to prove themselves instead of male artists? #SOHHWhatchaThink?