New Jersey rapper Fetty Wap has plenty to brag about this fall after dominating the sales chart with his self-titled debut.

According to reports, Wap’s standout release sold over 100,000 copies in its opening week.

Rapper Fetty Wap crowns the Billboard 200 albums chart, as his self-titled debut studio album opens at No. 1. The set, which was released Sept. 25 through RGF/300 Entertainment, earned 129,000 equivalent album units in the week ending Oct. 1, according to Nielsen Music. Fetty Wap leads a busy week on the chart, where a total of seven albums debut in the top 10. (Billboard)

Check out Fetty Wap’s new album on the next page…

Teaming up with NPR.org, Wap treated fans to an early stream of his self-titled debut album last month. 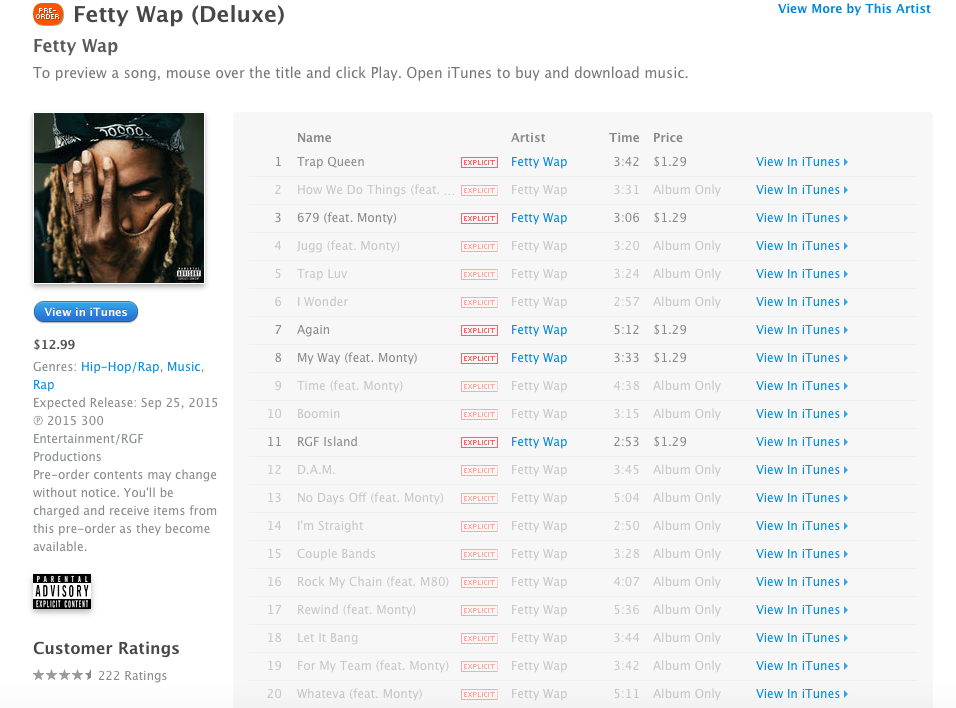 Fetty’s unleashed his must-see debut album artwork to the masses across Twitter in August. 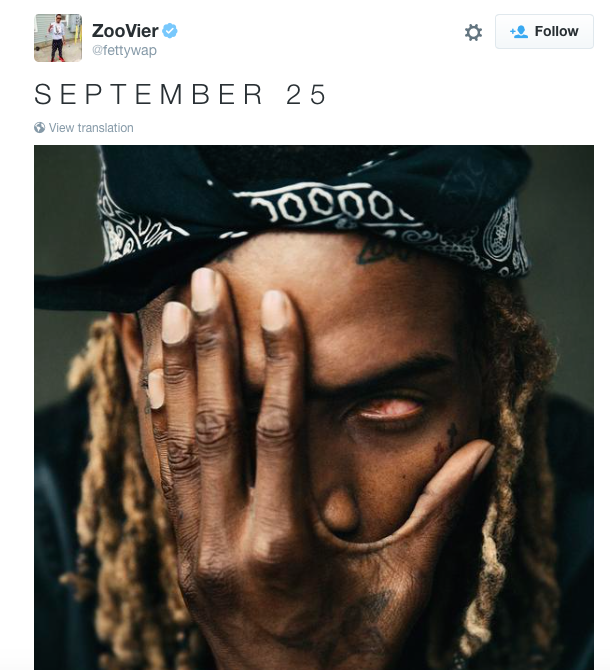