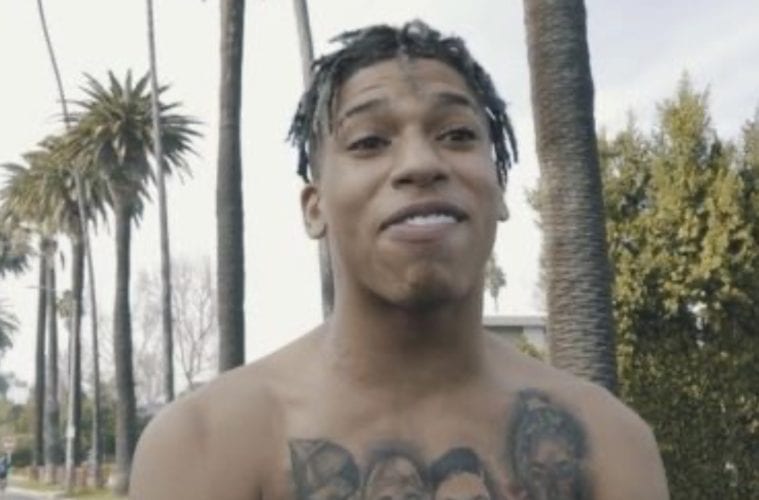 NLE Choppa Apologizes To Ex-Girlfriend + Baby Mother: “Ready For This Girl To Change The Perspective On My Life”

Rap rookie NLE Choppa is making amends. After publicly beefing in a rocky relationship with his ex-girlfriend, he’s come forward to deliver an open apology.

Choppa went to Twitter this past weekend to say sorry to his ex-girlfriend, who is also pregnant with his child. He said despite not dating, they’re keeping a positive relationship and he’s ready to let their kid change his life.

“Wanna apologize for certain things I said towards the mother of my child 💯 No we not together but we both know how important it is to have positive vibes around the baby 👧🏽💜 So ready for this girl to change the perspective on my life. Can’t wait til I meet you clover, ON GRAPE” -NLE Choppa’s Twitter

Over the weekend, he posted up with his mom at his baby shower. Choppa shared two pics from the celebration on his Twitter and didn’t initially reveal the gender of the child.

NLE is full of love. That same day, the 17-year-old rap star introduced the world to his new puppy.

Directed and edited by Cole Bennett of Lyrical Lemonade, the comedic visual sees the 17-year-old rapper experiencing a crazy morning at home. He begins by waking up to his clone (wearing an afro and sporting a mustache) hiding in his closet and shooting him with a paintball gun, followed by a group of toy soldiers shooting at him while he eats breakfast. (HYPEBEAST)