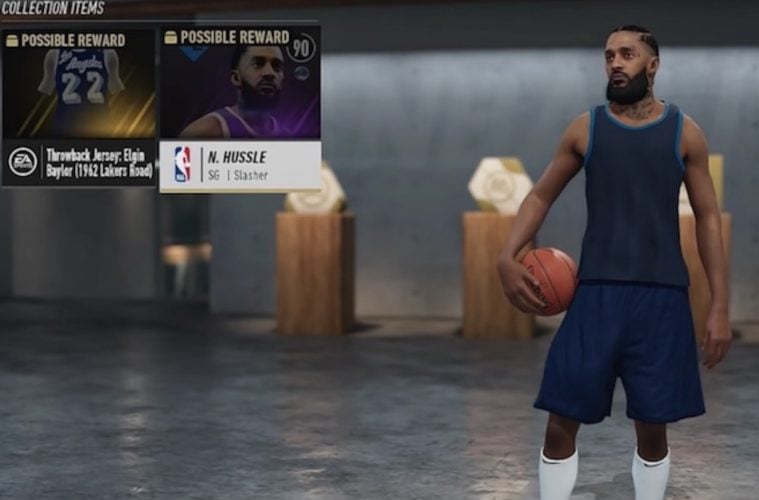 Nipsey Hussle Is An Actual Playable Character In NBA Live 19

Last month, EA came through with a major update allowing players to ball with Hussle.

Hip-hop heads are most familiar with Nipsey Hussle based on his lyrical skills and hard work ethic. The 33-year-old rapper has been on the scene since 2005 releasing a mixtape “Slauson Boy Volume 1,” before eventually collaborating on tracks with Snoop Dogg, Drake, and other stars in the genre. His debut LP “Victory Lap” arrived in February of last year, going as high as No. 4 on the US Billboard album charts. He now becomes the latest hip-hop star to transition to baller in the NBA Live 19 Creator Challenge. He joins NBA Live celebs Lil Dicky, YG, and Jadakiss among the rappers featured in this exciting ongoing challenge. (VGR)