Young Money‘s Nicki Minaj isn’t playing around with her security. New reports claim the Barbie has gone to extreme measures to protect her California home following a massive burglary.

According to reports, Nicki is going to hire a ton of security guards to keep the place safe.

Sources close to Nicki tell us … she’s going all out with a security system that includes cameras to cover the sprawling grounds. She’s also hiring 24/7 security guards for when she’s there and when she’s out of town. We’re told when her house was burglarized the only cameras cops could use were street cams … so she wants to ensure there’s footage of any future culprits. (TMZ) 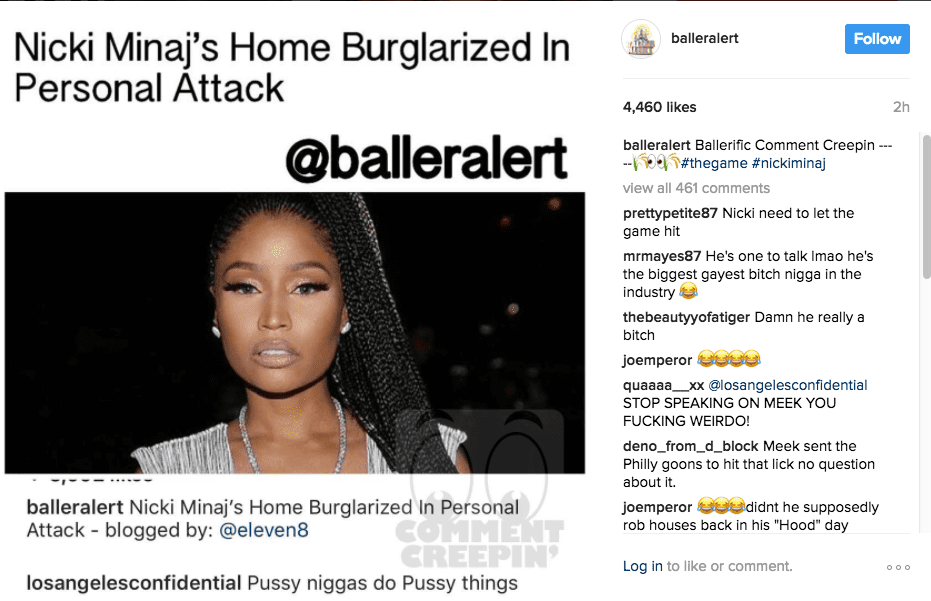 A few hours prior, details surfaced about Nicki’s home getting broken into.

Law enforcement sources tell us the 11,500 sq. ft palace was totally trashed on the inside. We’re told the burglars made off with a ton of jewelry and other property, and there were clear signs of forced entry in spots around the house. Other sources connected to the case tell us the damage looks like this was personal. They vandalized certain items in the house … destroyed picture frames, perfume bottles, furniture … and even cut up Nicki’s clothing. (TMZ)

This week, rap star Drake boasted about his love for Nicki during a live concert.

#PressPlay: #Drake shoutouts #NickiMinaj and #LilWayne during his show in London after they all reunited via. @rihspire