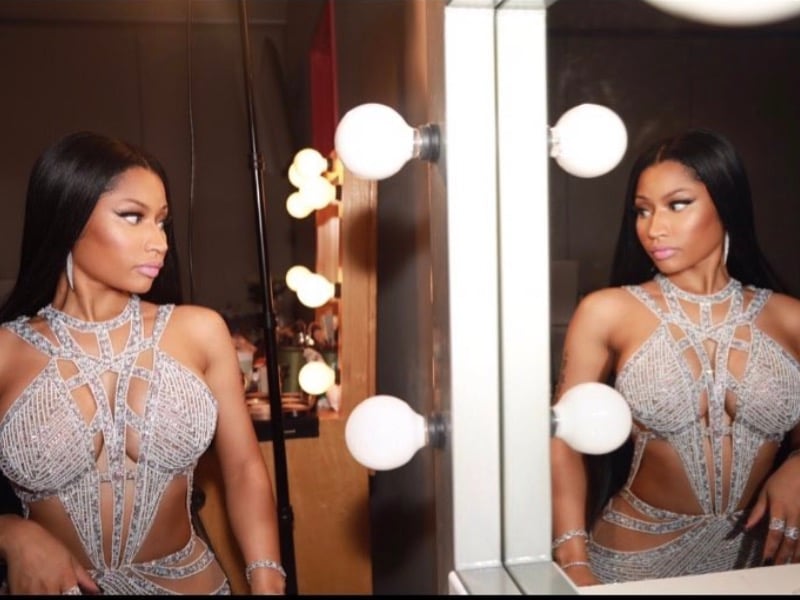 Young Money‘s Nicki Minaj is keeping tabs on the Internet. The curvy diva has flexed her approval of a now-viral Instagram meme of herself, Drake and Lil Wayne.

Nicki went to IG Sunday (May 28) to co-sign a hilarious fan-inspired new meme. Earlier this week, Minaj revealed the masterminds behind her Sunday (May 21) night Billboard Music Awards slaying. 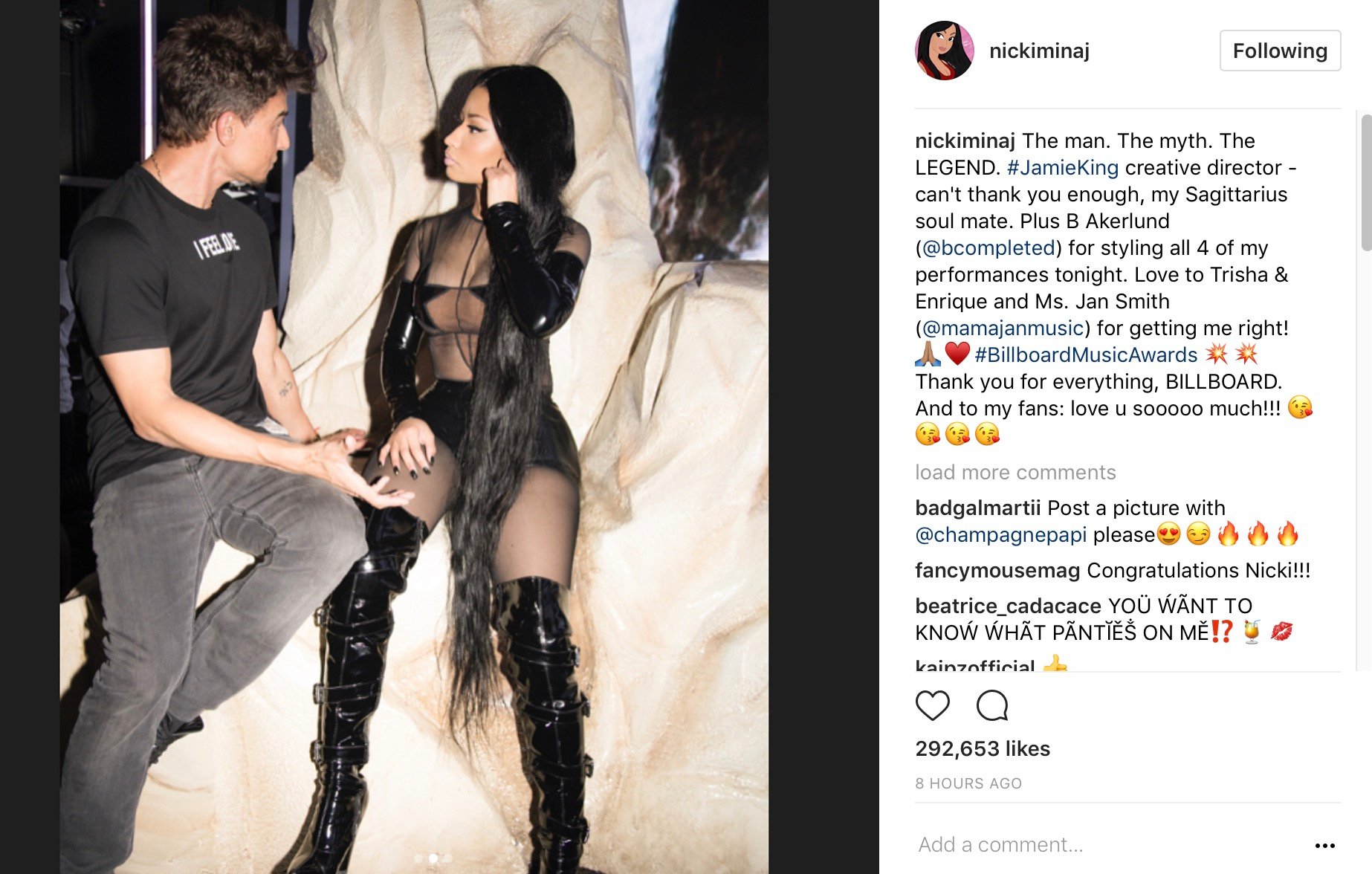 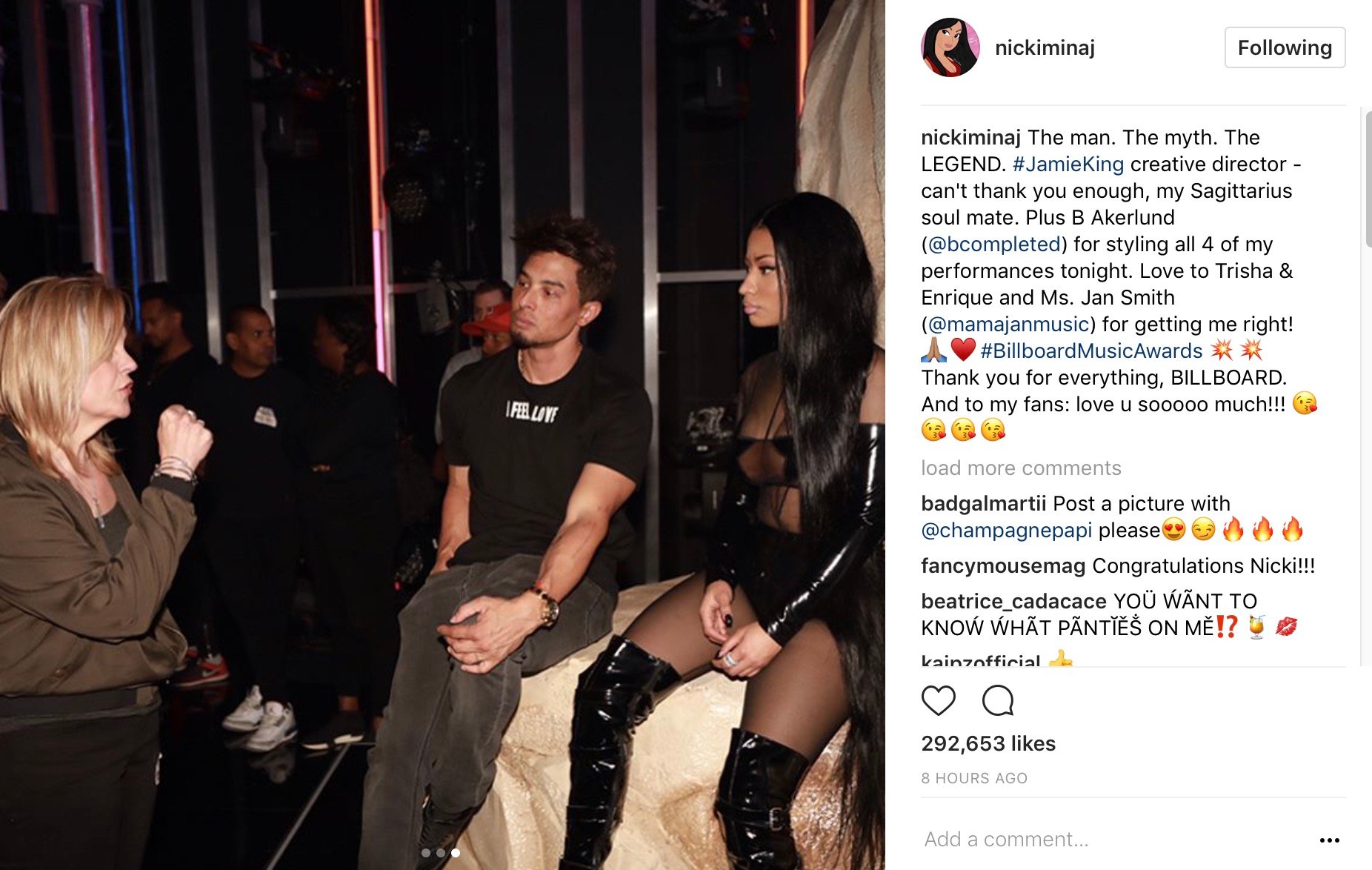 A day prior, Minaj tossed up pics of herself reunited with Young Money’s Drake and Lil Wayne at the awards ceremony.

During the star-studded outing, Nicki performed a few notable hits including their “No Frauds” single.

After an introduction that included snippets of previous hits like “Beez in the Trap,” “Starships” and “Moment For Life,” Minaj ripped into a forceful rendition of her much-discussed Remy Ma diss track “No Frauds,” with Weezy on hand to run through his verse. Drake, who is also featured on the song, did not appear (though he watched from the crowd), but Minaj had plenty more guests to come, moving seamlessly into “Light My Body Up” with Guetta manning the boards behind her. (Billboard)