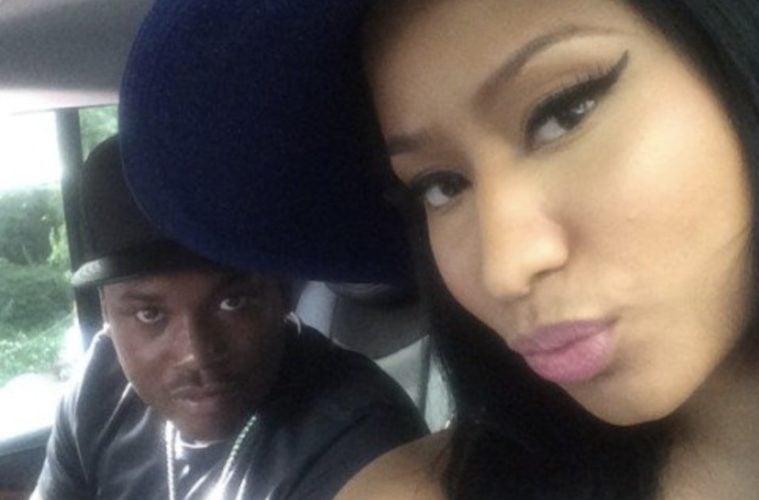 New York rapper Nicki Minaj and her husband Kenneth “Kenny” Petty were on one this week. New footage has surfaced of the pair going head to head with Nicki’s former boyfriend Meek Mill.

Big Facts: According to reports, the incident went down Friday at a fancy spot in West Hollywood, California when both parties ran into each other.

After the yelling and name-calling, Meek was escorted out of the store by his security team and some of the people who work at the store. The outlet also reports that it appears as though Kenneth and Meek were fighting over Nicki and that Nicki was yelling at Meek Mill about how he can’t get over her. It’s not clear why they all got into a fight or what was said, but it does seem as though the three of them were surprised to run into each other and that they’re not on the best of terms (obviously). (Cosmopolitan)

High-Key Details: More details have surfaced and appear to paint Nicki and her hubby as the aggressors in the face-off.

1:09 PM PT — Sources connected to Meek tell us he was already in the store shopping when Nicki and Kenneth came in an approached him. When Kenneth started getting loud, Meek suggested they all have a word in private, but they refused … according to our sources. We’re told Meek wanted to keep things civil, because, as one source put it — “He’s just happy he’s in a much better place, personally and professionally, than he was back when he and Nicki were dating.” (TMZ)

Before You Go: Prior to marrying Petty, Nicki and Meek dated in the mid-2010’s.

Since Meek and Nicki have quite the past, it’s not too surprising that things would be rocky between them, especially now that Nicki is married. The former lovebirds were longtime friends and started dating around Mar. 2015. Their serious relationship lasted for over a year before they split around Dec. 2016 and Nicki went on to rekindle a flame she had with Kenneth, who she knew and dated back in high school, in Dec. 2018. After being very public about their romance, Nicki and Kenneth secretly married on Oct. 21. (Hollywood Life)