Young Money‘s Nicki Minaj is here for Irv Gotti and Benny Boom. The hip-hop diva has taken a break from promoting her new “No Frauds” music video to promote the music veterans’ upcoming “Tales” series.

Over the past few days, Gotti has relied on IG to promote his upcoming series and to reveal a big celebrity cameo.

TALES. Hey. Let me know if y'all fucking with TALES. Coming Soon. To blow your mind away. Hip Hop Cultured TV at its Finest. #talesonbet #tidal #hiphopculturedtv #visionaryideas #comingthissummer Follow @visionaryideas for more Pics and Info. 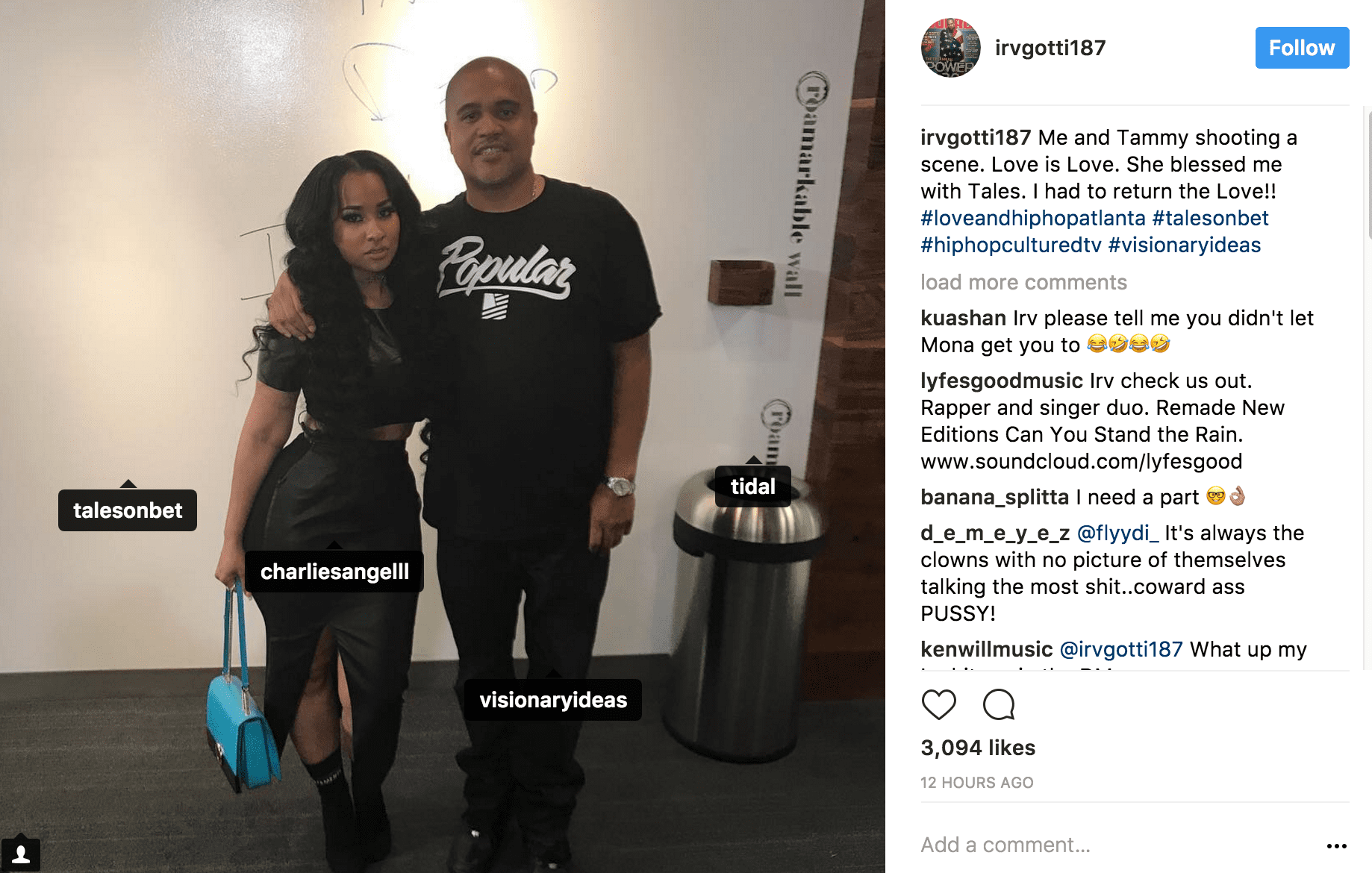 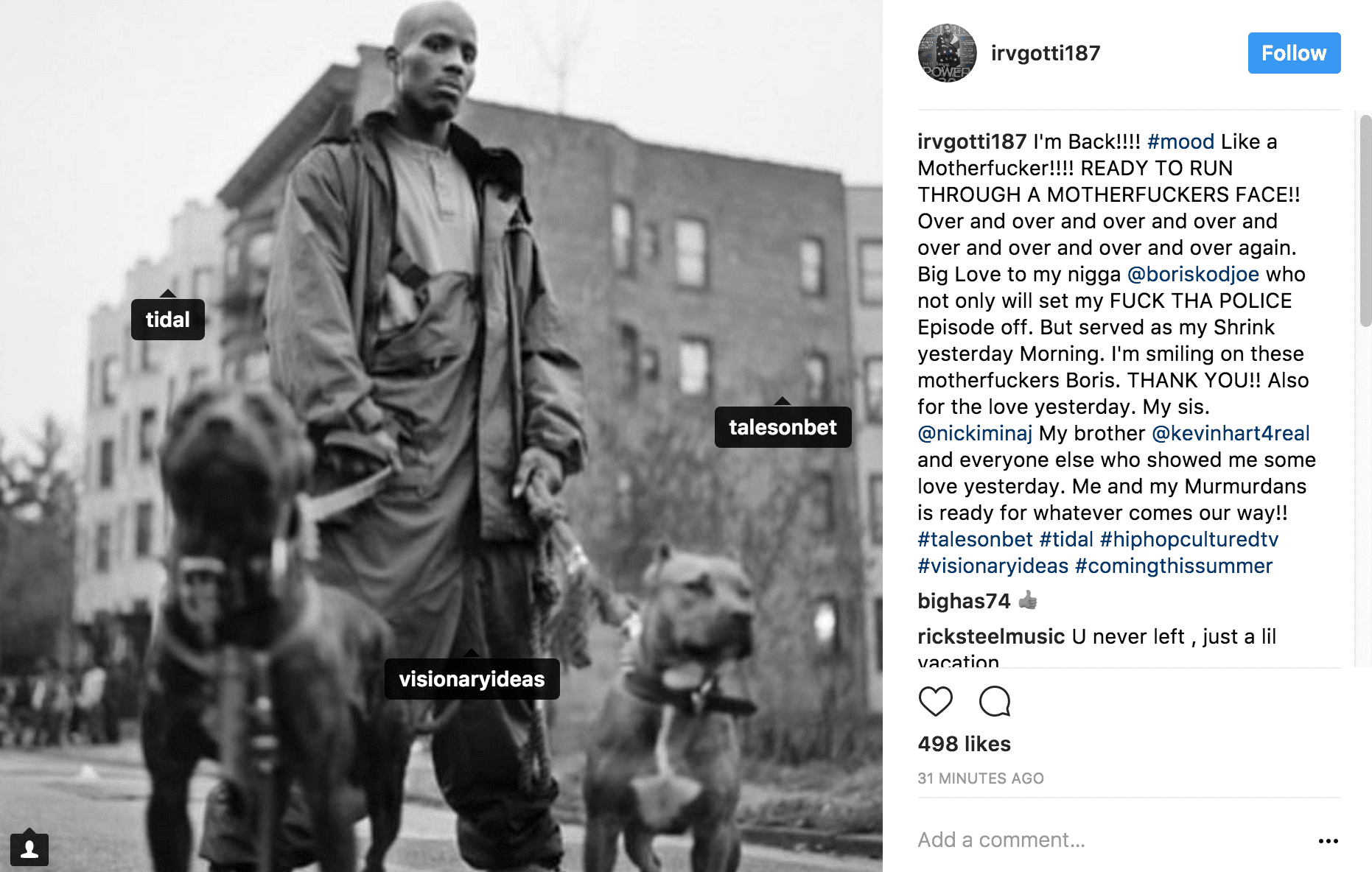 BET Networks is developing a scripted anthology series with veteran industry executive Irv Gotti. Tales, produced and created by Gotti and his Visionary Ideas production company, will adapt the lyrics of classic hip-hop songs into three-act, 60-minute narratives. Among the tracks being transformed into cinematic “song stories”: N.W.A’s “F*ck Tha Police” and Beyoncé and Jay Z’s “On the Run.” (Billboard)