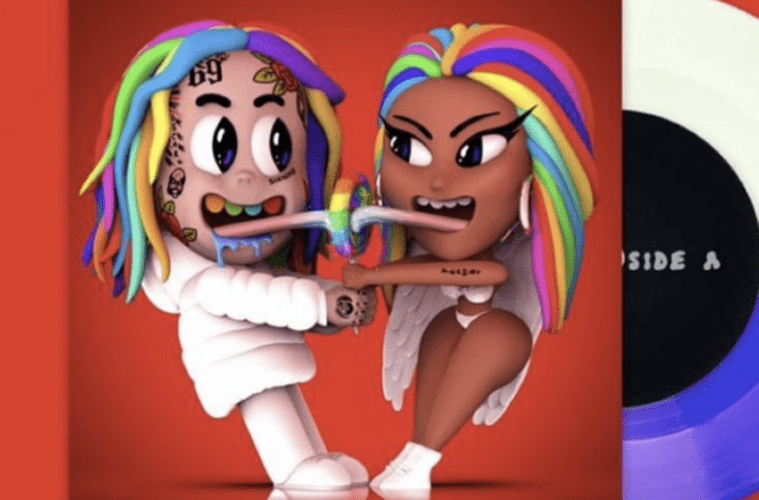 New York rapper Nicki Minaj has finally come clean on the Tekashi 6ix9ine rumors. The hip-hop superstar has confirmed a new “Trollz” collaboration is set to drop this week with proceeds going to a Black Lives Matter organization.

On Wednesday, Minaj went to Twitter to break the massive news. In addition to dishing on their support for BLM, Onika also shared a couple pics from the song’s music video.

“A portion of the proceeds from #Trollz including merch items, will be going directly to The Bail Project Inc. The fund provides free bail assistance to low-income individuals who can’t afford to pay bail. #BlackLivesMatter #TrollzVIDEO tmrw @ midnight 🦄🌈” -Nicki Minaj’s Twitter

On Monday, Onika returned to Twitter with some possible teaser lyrics. She also caught fans’ attention by unpinning a “Yikes” tweet she had locked in place since February 2020.

“Showed you how to get a bag now u goin shopping.” -Nicki Minaj’s Twitter

Since the Monday night tweet, social media immediately welcomed Nicki back to the mainstream. The Internet unloaded tons of memes inspired by her unexpected tweet.

The word is that the promised “major” feature on Tekashi 6ix9ine’s next single, likely titled “TACO”, will be his old “FEFE” friend Nicki Minaj. 6ix9ine is currently holed up in a secret location after his address was revealed not once but twice. Now a Tekashi 6ix9ine fan page is reporting that Minaj has been transported to that location so she can shoot a video with 6ix9ine. (HHL)