Nicki Minaj Trolls Herself W/ Pregnancy Pic: “I Was Gonna Wait To Share The News But…”

Young Money‘s Nicki Minaj is a savage to the gossip blogs. The hip-hop diva has wasted little time responding to a viral pregnancy story.

Minaj went to Instagram last night (February 4) and joked about having a baby on the way. 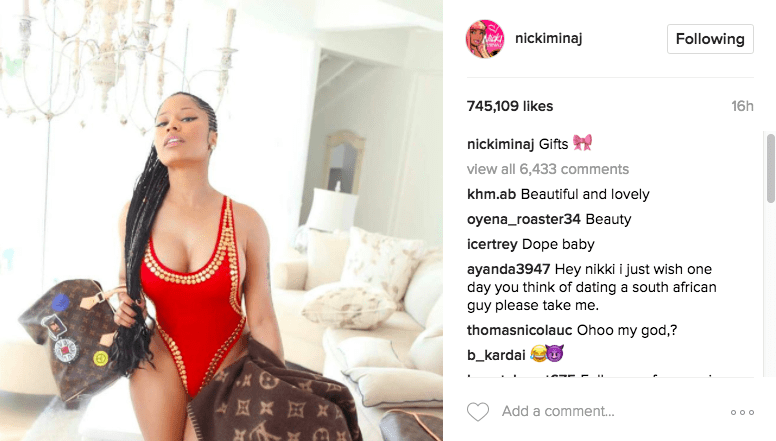 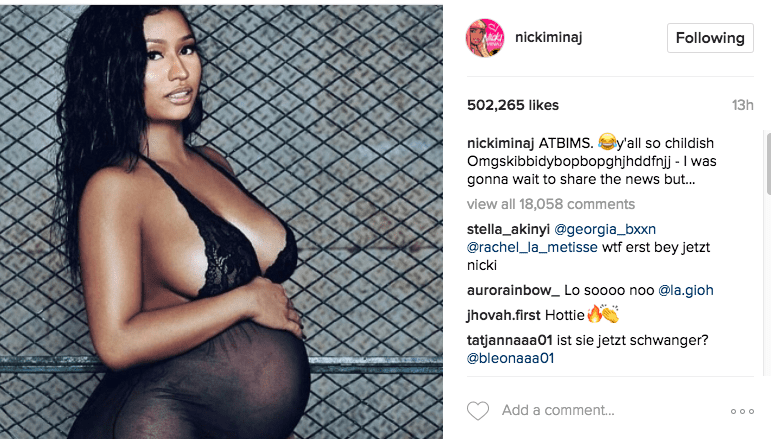 Once the buzz went viral, Nicki appeared to downplay the hype on Twitter.

No matter wut he, or anyone else says, Onika Tanya Maraj won't b pushing anyone1 out her vajayjay, until she's married. Now check that