Minaj posted up a picture of herself and Mill at a Philadelphia group home on Instagram last night (December 21).

Maybach Music Group boss Rick Ross showed his support for Meek in light of the controversy a few days ago. 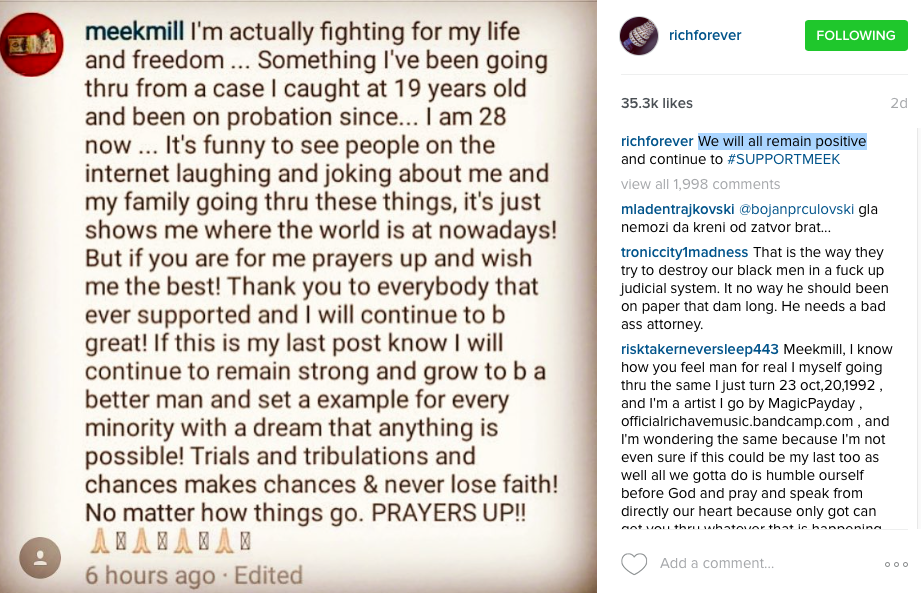 Recent reports claimed Meek had lost thousands of dollars due to his inability to perform at booked shows.

Our Meek sources say the rapper had a bunch of gigs on the books before a Pennsylvania judge prohibited him from leaving the state. Not only is he losing big money by not performing at concerts, he’s shelling out tens of thousands of dollars every month for commitments he’s made in L.A. He and Nicki are leasing a house that is now off limits to him. Ditto an L.A. recording studio he’s already booked for $15k a week. (TMZ)

Meek’s judge does not want him to perform for any financial gain up until February’s sentencing appearance.

The judge says no performances for #meekmill … She tryna stop the paper. He can't perform until February when it's sentencing