Young Money’s Nicki Minaj is in the forgiving mood this week following an unexpected jab thrown her way from country star Taylor Swift.

Minaj thanked pop star Katy Perry for coming to her defense this week and also forgave Swift on Twitter. 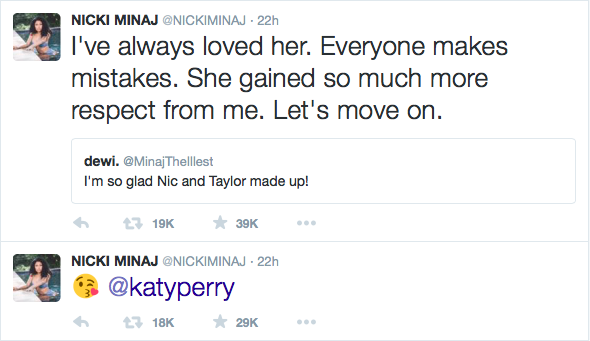 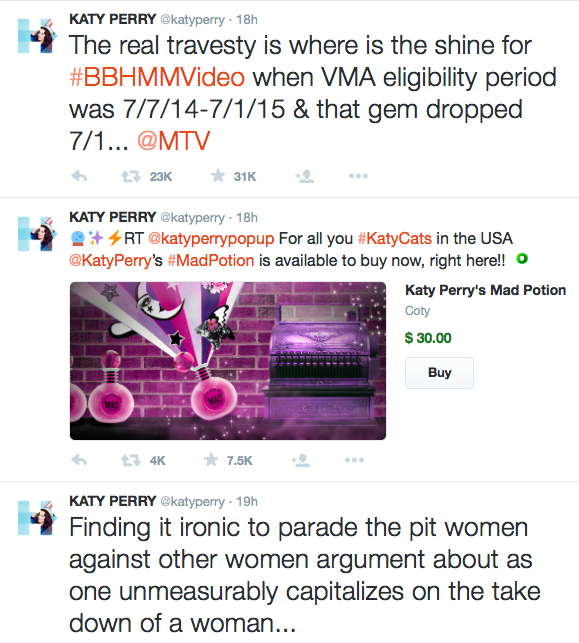 Nicki appeared to swing first by suggesting a Video Music Awards snub for songs like “Anaconda” and “Feeling Myself” may have had something to do with the “kind” of artist she is. 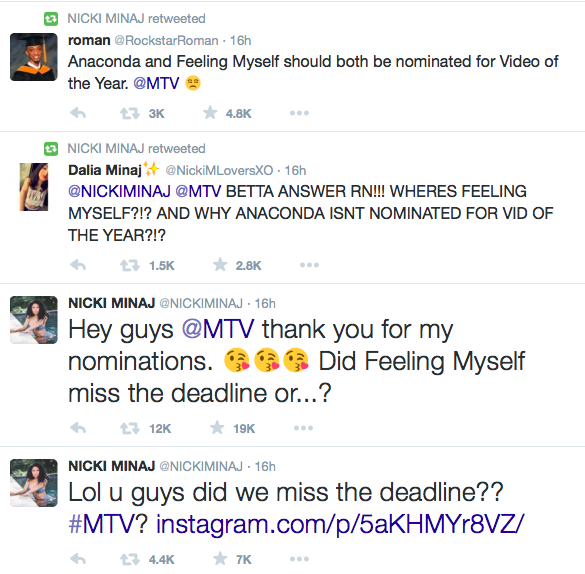 Swift responded to Nicki’s remark and questioned the motivation. 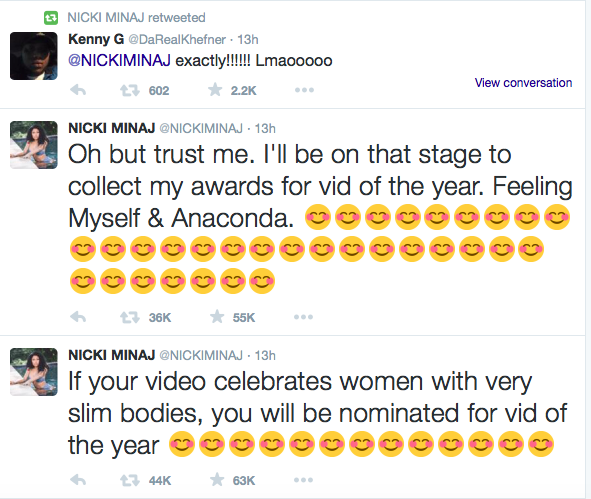 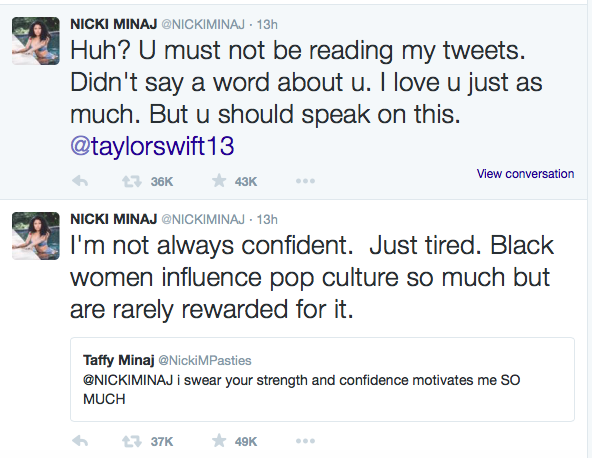 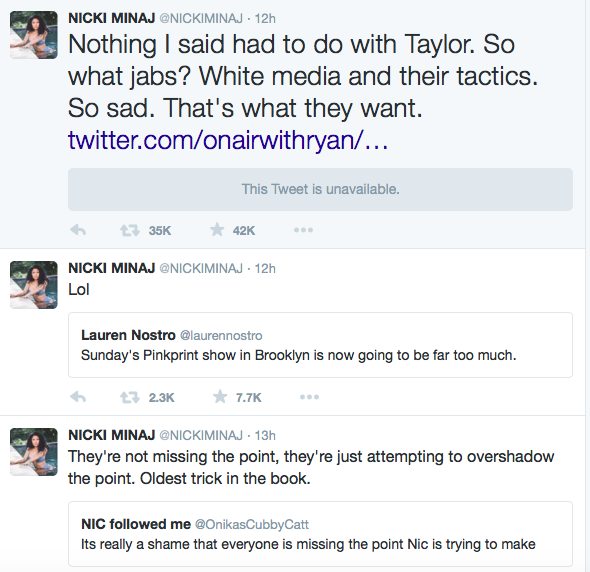