New York rapper Nicki Minaj is flexing her numbers. The hip-hop diva has hit up social media to reveal how popular her new PAPER Magazine cover has become.

Over 2 million likes 😻. My @papermagazine cover became my most double tapped IG pic within 24 hrs. Paper’s most liked pic as well. 🤭💪🏽 So check it out in motion 😍🤩 Pick up the Nov/Dec #BreakTheInternet issue of the mag! Photos by the incredible @ellenvonunwerth 🎵Now playing #TheWayLifeGoesREMIX W/Lil UZI 🎶

Last night, rap veteran Eve clapped back at people getting on her for criticizing Nicki’s PAPER pics.

A lot of ya’ll need to calm down AND LISTEN to what I said. I am speaking from the place I am TODAY as WOMAN and how I feel NOW!!!

Social media has clapped at Eve over her statements and come to Nicki’s defense. 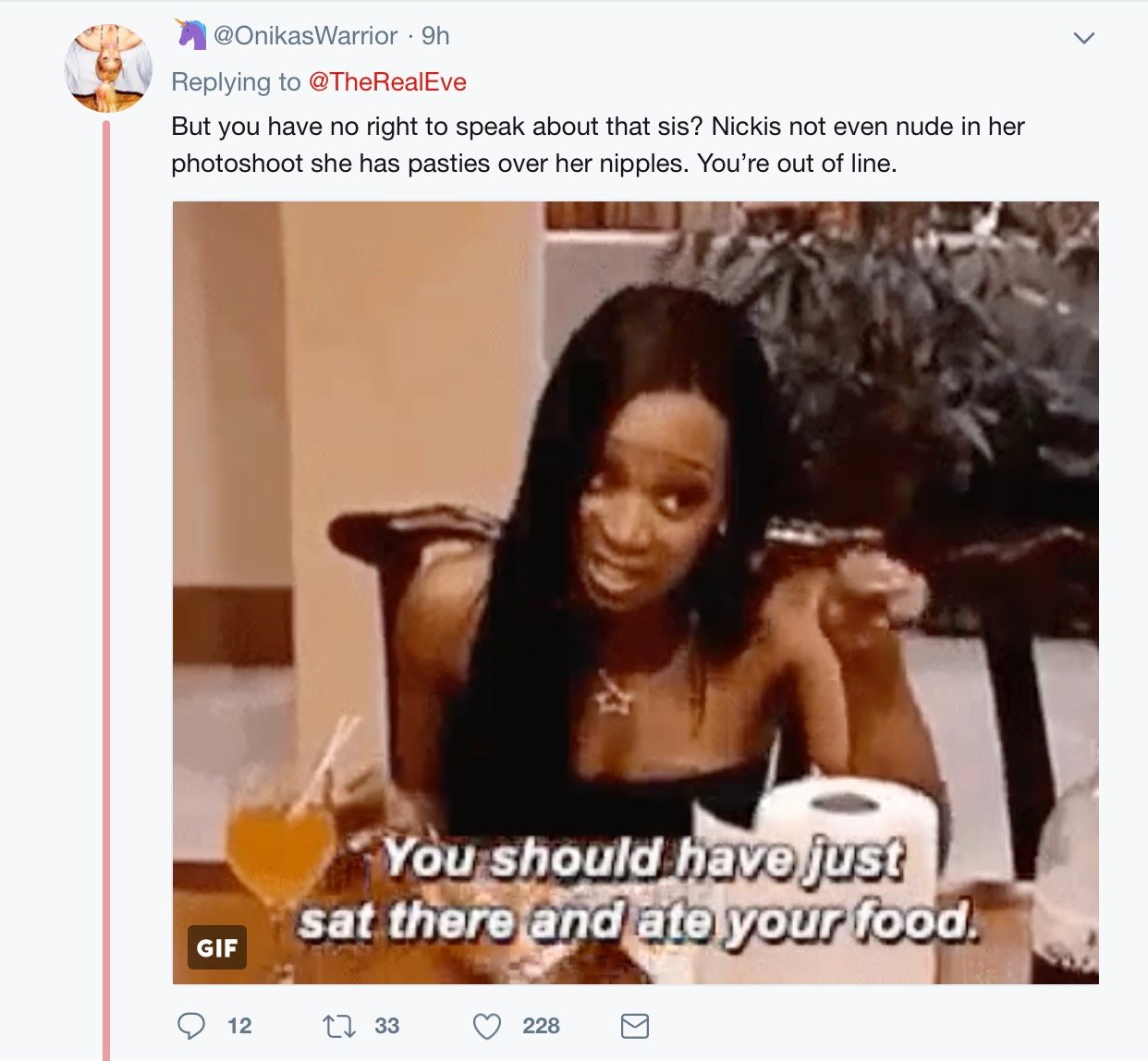 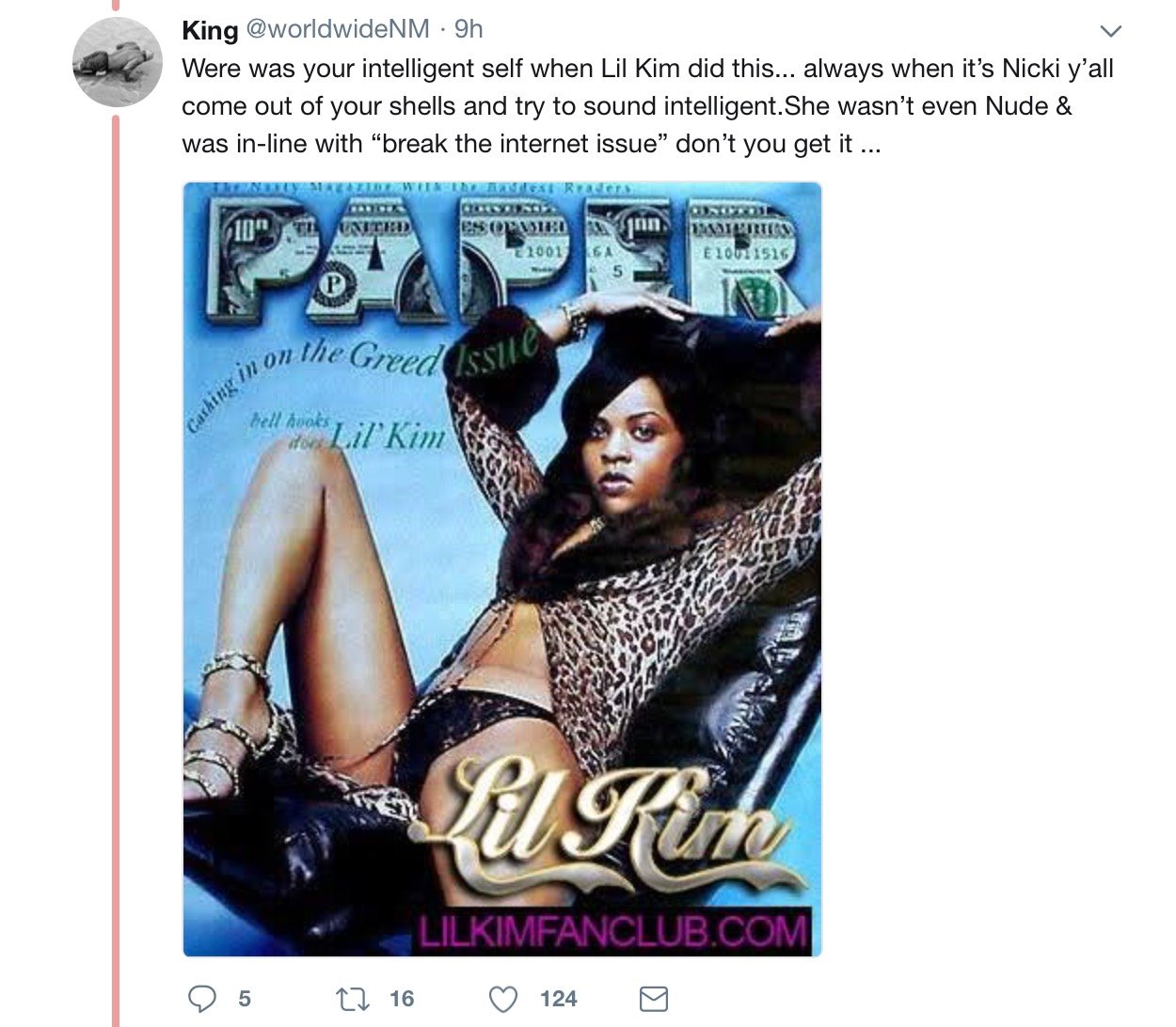 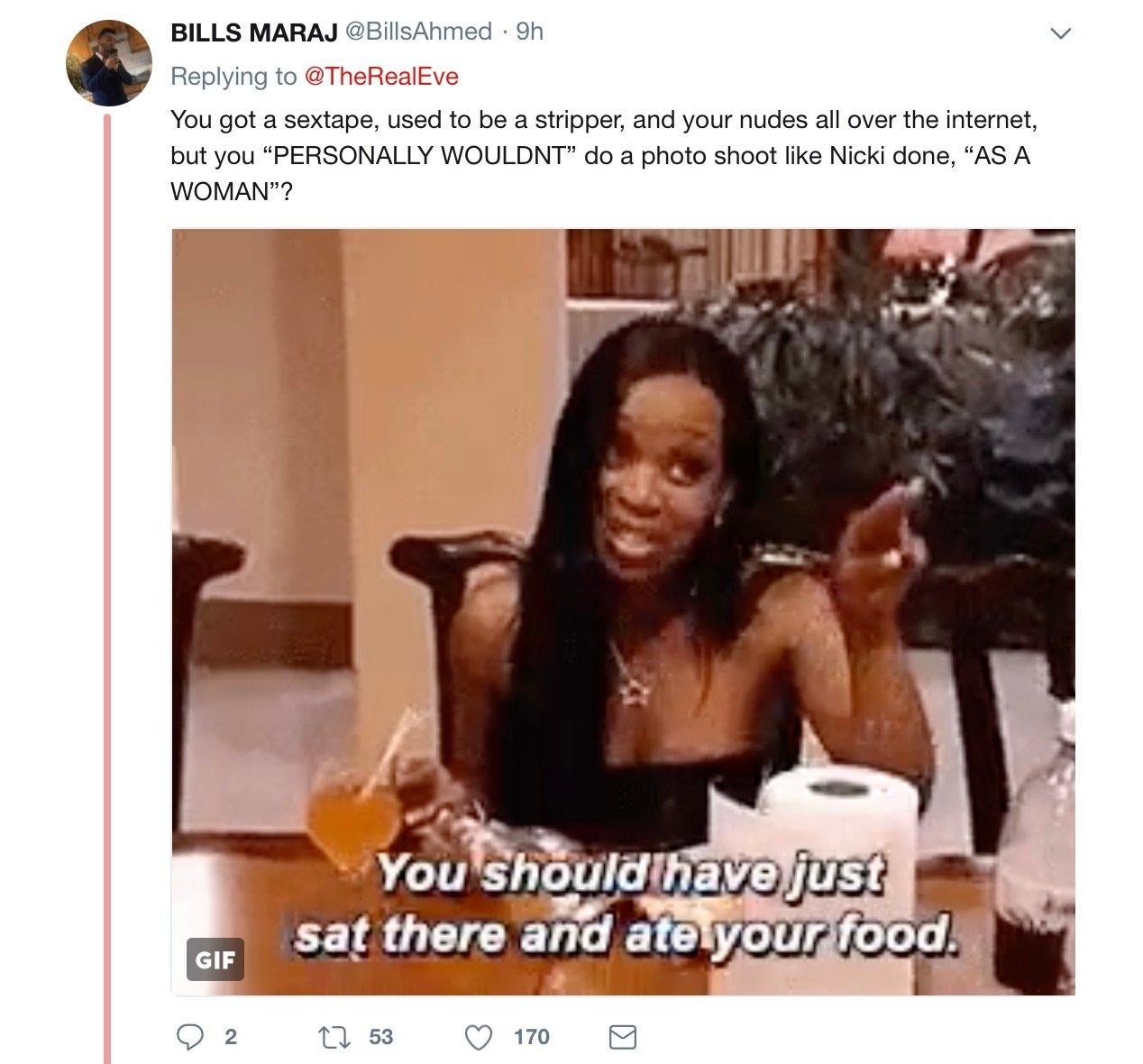 “It’s one of those things because I’ve worked with Nicki, I got to know her on [the movie] Barbershop and she’s incredibly, she’s a nice person. She’s an amazing rapper and as a lyricist, I respect her as a lyricist. But as a woman, from my point of view, personally, I would not be able to do that. I think in this climate, it’s not good. I think every artist has a right to express themselves however they want to express themselves and I respect that as well. For me personally, as I was coming up in this business, I started realizing young girls were looking up to me and younger people were looking up to me and not that you want to be a role model but it is what you are.”

#RUFFRYDER'S #EVE WASN'T TOO FOND OF #NICKIMINAJ'S #PAPERMAGAZINE #BREAKTHEINTERNET EDITION… IF YOU'RE #FAMOUS, IS IT AUTOMATICALLY YOUR #RESPONSIBILITY TO BE A #ROLEMODEL OR NAH?! THOUGHTS?! 👇🏽