Nicki Minaj & Safaree Attack Each Other: “Stop Spending Money To Floss On IG”

Young Money’s Nicki Minaj and ex-boyfriend Safaree Samuels have publicly lashed out against one another this weekend on social media.

Nicki took to her Twitter page to unleash her frustrations with Samuels. 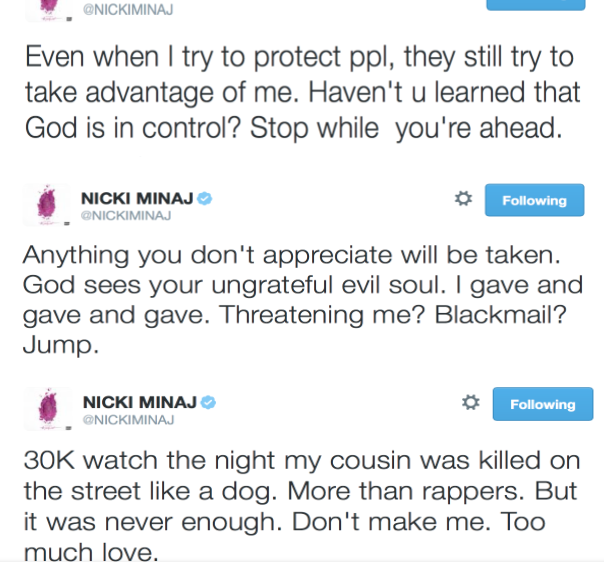 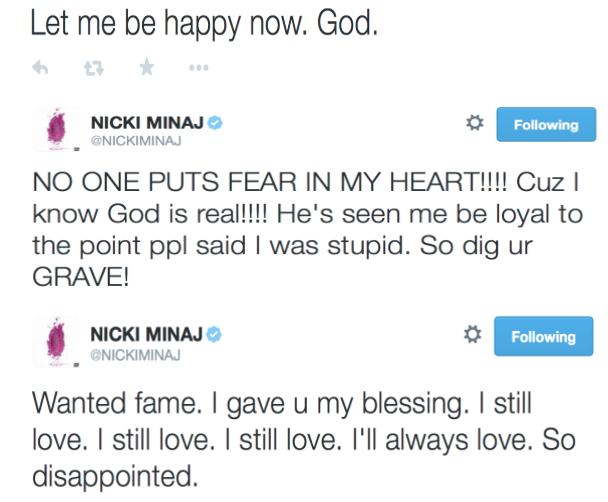 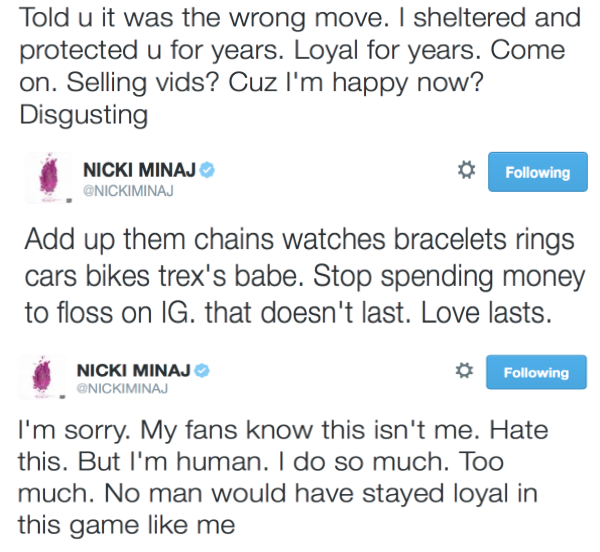 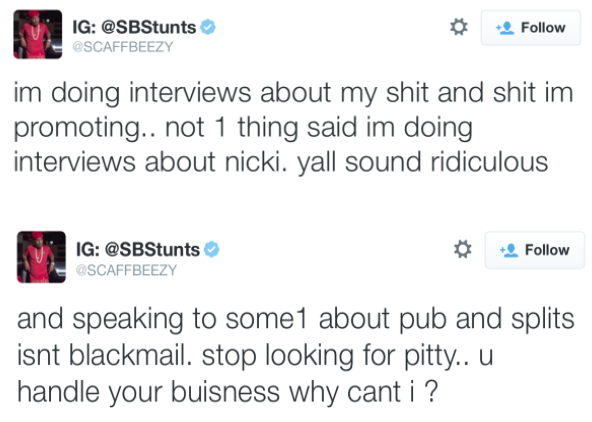 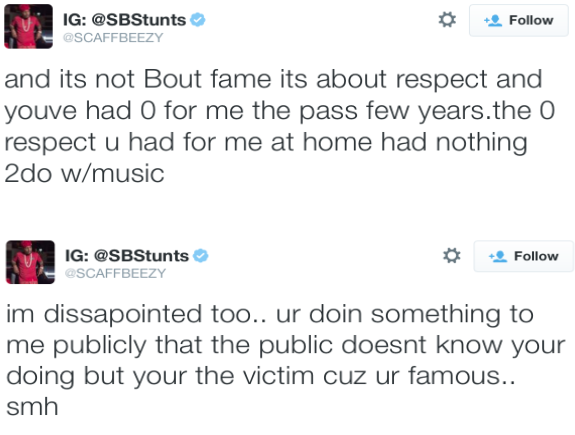 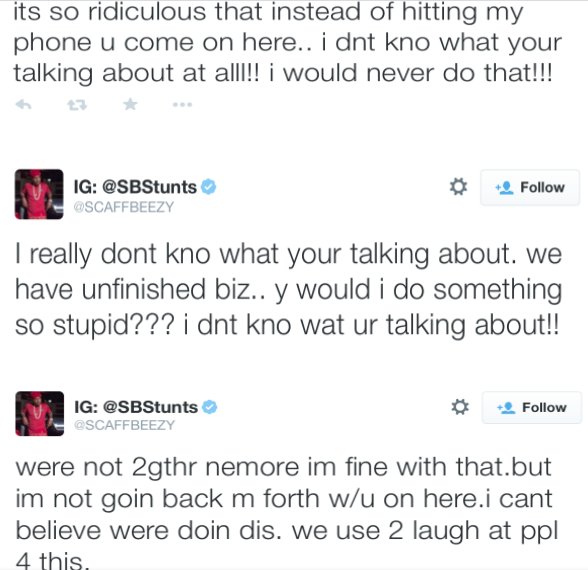 According to reports, Samuels has contemplated serious harm to himself over the break-up.

Safaree Samuels is confiding in friends that he’s an emotional wreck over his breakup with Nicki after a 12-year relationship. He’s become a shut-in, spends days and nights smoking weed, and has talked openly about suicide. Safaree is telling friends he won’t get in touch with Nicki because she’s now hooked up with Meek Mill. He says it’s torture for him, because he believes Meek Mill destroyed his relationship with Nicki over false claims he cheated. (TMZ)

Talking to radio veteran Angie Martinez this week, Nicki did not hold back on addressing the split.

“I don’t think people realize it’s not just a relationship or breakup. That was a humongous part of my life. It is something that I am dealing with publicly and it’s not easy. I’m also not gonna joke about it or try to disrespect him and try to act like he didn’t mean the world to me and still doesn’t mean the world to me. I’m just figuring it out.” (“The Angie Martinez Show”)

“If I wasn’t a rapper, we would have children, be married, and be living happily every after. And that’s what we’re both sad about because we know that this sh*t is what did it.” (“The Angie Martinez Show”)