Young Money‘s Nicki Minaj has people wondering if she’s with the smoke. The hip-hop diva has social media buzzing over possibly responding to one-time music rival Taylor Swift‘s new “Look What You Made Me Do” single. 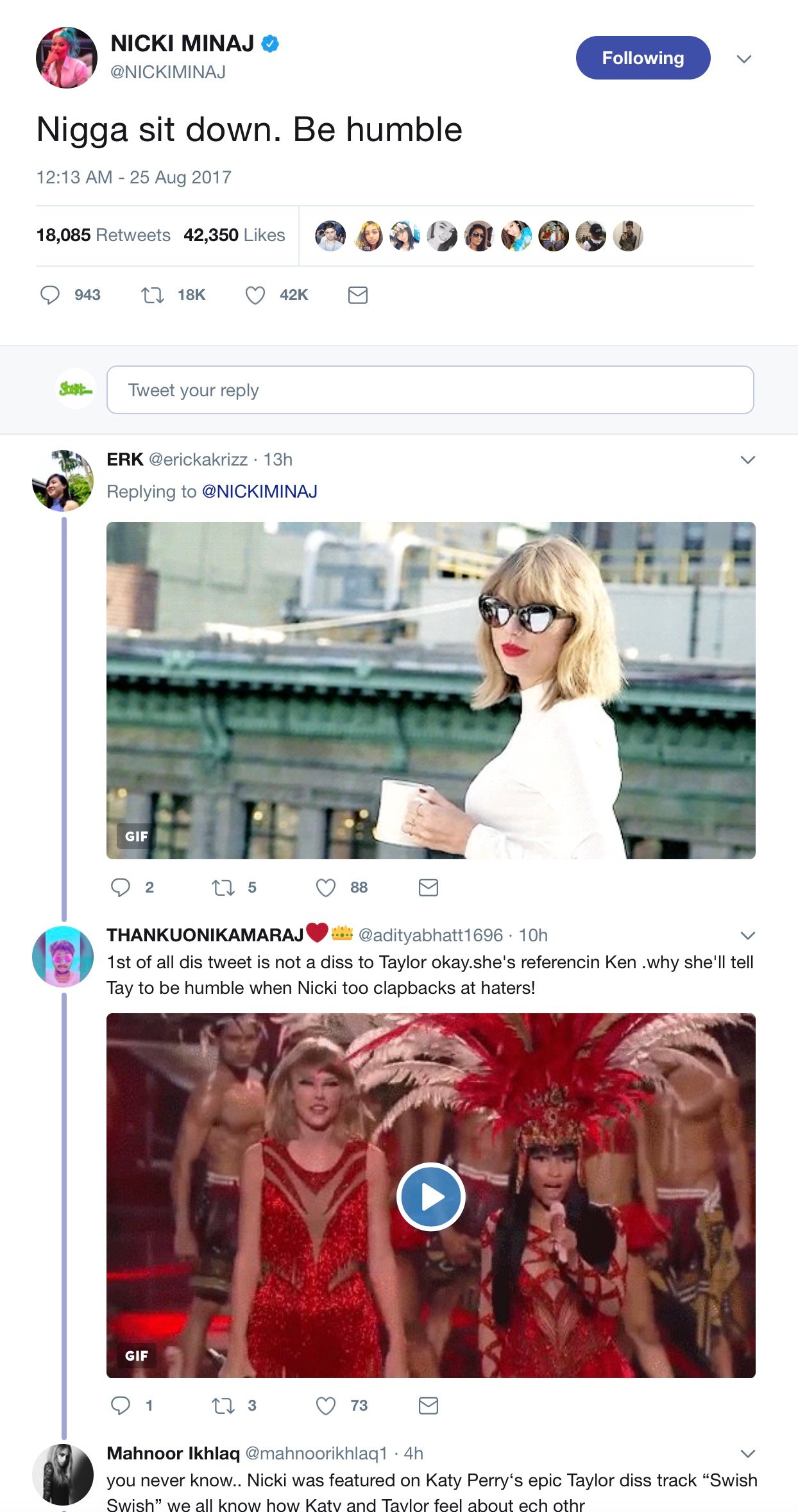 Social media has already exploded with thoughts on the potential new feud.

Nicki and Taylor’s beef goes back to 2015 when they clashed over the MTV Video Music Awards.

Nicki and Taylor have a history of feuding. It all started when Nicki tweeted about her disappointment with her mega hit “Anaconda” not being nominated for an MTV Award for Video of the Year. For some reason, Taylor – who was nominated for the category for “Bad Blood” – took Nicki’s complaints as a personal jab and accused the rapper of “pitting women against each other.” Swift’s reaction then prompted a follow-up from Nicki and a discussion about the lack of respect for women of color in the music industry. (BET)