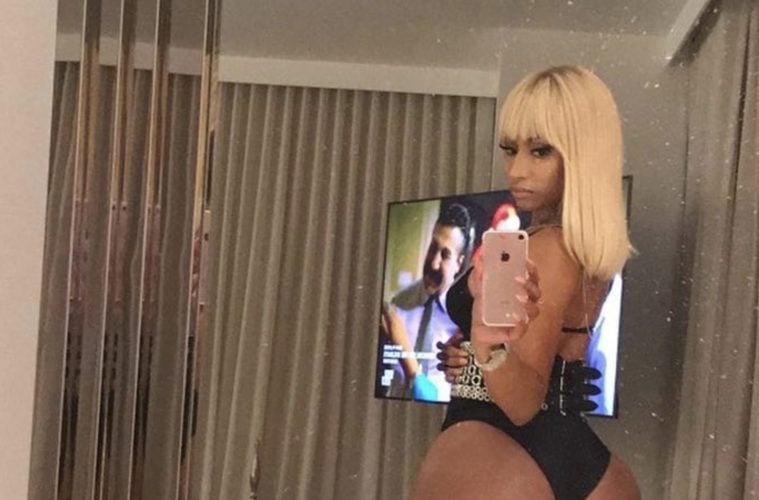 Nicki Minaj Quietly Fires Shots At Cardi B Or Nahhhh? “I Ain’t Never Had To Strip To Get The Pole Position”

Tuesday, a snippet of an unreleased Nicki track started popping up on Twitter. We’re absolutely not going to link to the snippet here, but you can find one notable lyrical excerpt below: “I ain’t never played a ho position/I ain’t never had to strip to get the pole position” (Complex)

The speculation has poured onto social media outlets like Twitter with people coming to their own conclusions.

"I ain't never play the ho position.
I ain't never have to strip to get the pole position.
Hoes is dissing? Ok, these hoes is wishing.
You're in no position, to come for O's position."

— By Nicki Minaj. Clear diss to Cardi B. SMH. pic.twitter.com/EiotuDp2Jz

Cardi B dropped a whole album and she did diss Nicki not ONCE but Nicki Minaj over here dissing her! Its like Nicki cant do a verse without dissing someone 🤦she really is corny

Despite the speculation, some fans have cleared up any confusion and said the snippet is dated.

Nicki Minaj Chun – li is NOT that leaked verse making its rounds around Twitter. That's a whole LEAKED song recorded LAST YEAR called Half Back. Figured whoever cares should know https://t.co/tJdT4JQI1R

Here's the whole track if you want it https://t.co/tJdT4JQI1R

Recently, Cardi B shut down speculation about having any issues with Nicki Minaj.

“I just feel like it’s really Internet made up. I really feel like fans – they really want to see that happen because it’s entertaining.” (Beats 1)