Nicki Minaj is leaving the past behind and is determined to make it a non-toxic 2022.  That means she’s shutting down the beef (no Nicki Vs The City Girls) and going for a cleaner sound (no Gunna P Power feature) – which she’ll reveal tomorrow in her new Lil Baby collabo, Do We Have A Problem? 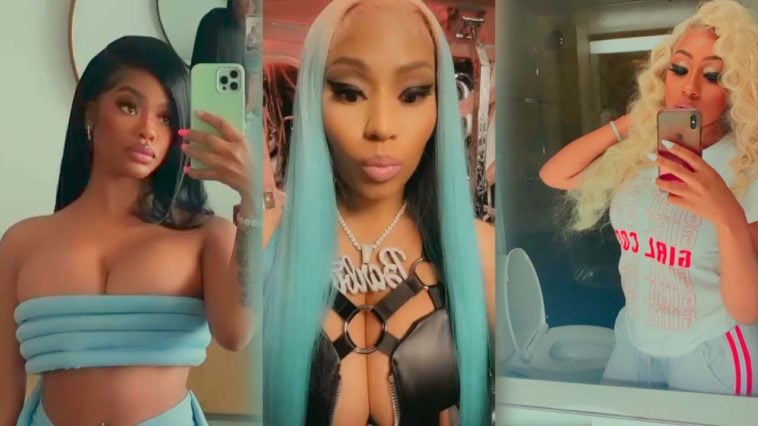 Nicki’s long-simmering beef with the City Girls almost flared up into a full-on war after Nicki responded with a bit of shade when asked about The City Girls by Lore’l and Headkrack of the Morning Hustle.

On the show, Nicki was asked if she would do a record with the City Girls and her response had social media beef-buzzing.

“Well… I don’t know,” she said. “What I will say is that, a few years ago I saw a video of them and I asked someone on their team at the time about them. … I was thinking about jumping on a record, one of their records that was out at the time. And then…social media happened.”

​​Without getting into any specifics, Nicki suggested there was shade thrown at her.

The Nicki Minaj and the City Girls flare-up is over.  The rappers have set aside any past issues after having a “great convo,” according to Nicki. “Let’s move on & make new memories y’all,” she tweeted.

Both Yung Miami and JT quote-tweeted Nicki, with JT saying, “Thank you for your time, your advice! A true queen…love you!”

Nicki’s Not Poppin’ P With Gunna

Nicki recently revealed in an interview with The Dana Cortez Show that she turned down Mr. Pushin P’s request to hop on his track, “P Power”. According to Nicki, the track was too explicit for her liking now that she’s a mother.

“Gunna came to my studio months ago and he asked me to get on his song ‘Pussy Power,’” she said. “I heard the beat and I went [crazy]. I was like, ‘This beat is outta here!’ No lie, I sat with the song for months and months and couldn’t bring myself to write to the record.’

However, she couldn’t bring herself to move forward with the collab as it was just too raunchy for her new sensibilities, saying that “the moaning and the groaning on the track” was just too much.  Though Nicki has always been sexually explicit in her music, she declined the song because she did not want to be too explicit after becoming a Mom.

Nicki then went on to say how she was not in that mental place saying, “I just wasn’t there. That just to tell you how being a mom has changed me.”

Nicki Will Do Verzuz… If It’s Positive Vibes

Continuing with the positive vibes, Nicki also recently said that she is open to doing a Verzuz battle that is celebratory and not contentious.

Nicki Minaj hinted at the possibility of participating in a Verzuz battle in a recent interview with 97.9 The Box in Houston. After being asked about the possibility of who might be a quality contender, she said. “Well, they were talking to me about it. And look, if it’s gonna be fun… then you never know!”

Nicki Minaj just dropped a trailer for her upcoming track with Lil Baby and the Barbz are going nuts.  Four days before dropping her new single Do We Have a Problem? The rap queen sat on her throne in front of her millions of followers and shared a trailer for the video via social media platforms. 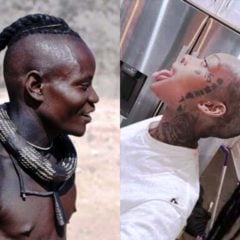 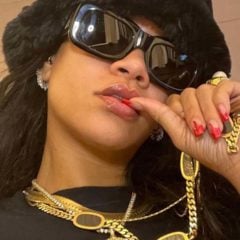