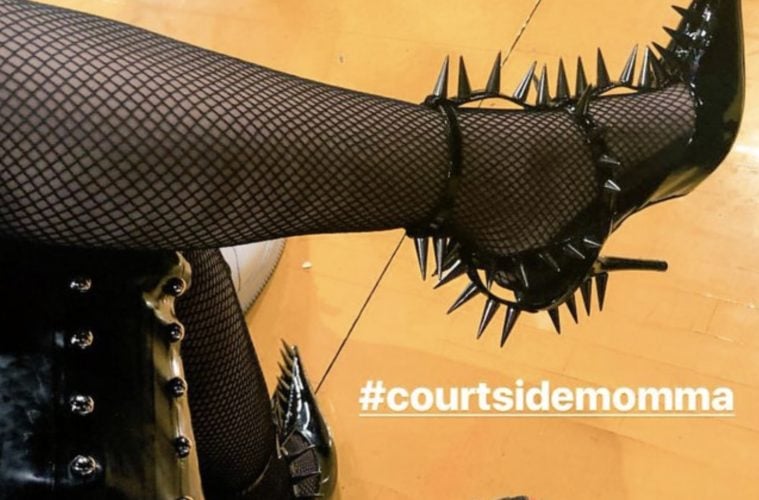 Young Money’s Nicki Minaj continues to slowly make her way back into the public eye. The hip-hop diva went to her Instagram Live last night (April 10) to share footage of herself at the Los Angeles Lakers game.

Nicki hit up her IG Live a few hours ago with a courtside feed of herself and entourage.

Nice! 📸 @NICKIMINAJ went #IG Live and showed us how she chills at he @Lakers game. 💯 pic.twitter.com/SGzIJJ5ndf

Nicki Minaj at the Lakers vs. Rokets game at Staples Center. pic.twitter.com/ceFJnOgGpl

Nicki did not come to PLAY. #ChunLi. pic.twitter.com/5JWgw7ILGz

Nicki at the @Lakers game tonight in LA. pic.twitter.com/PqCZ8QSLwU

These past few days, Nicki has trolled the Internet with some Twitter antics.

#NickiMinaj tweets and deletes another post. 👀 #Socialites, what do you think she’s counting down?? (View previous post)

Since Minaj made her initial tweet disappear fans have speculated on its true meaning.

I KNOW U DID NOT TWEET SOMETHING THEN DELETED IT pic.twitter.com/FV6FTjLLKl

SHE JUST TWEETED "4" THEN DELETED IT I'M SCREAMING