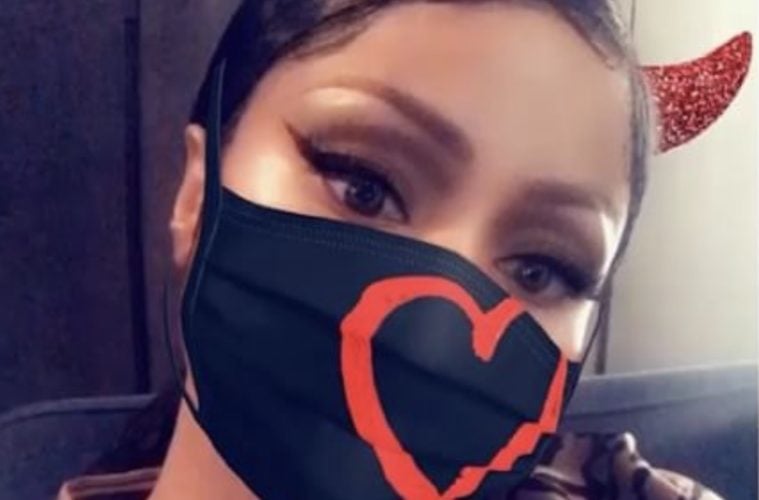 Nicki Minaj Keeps It 100 On Her Exes: “I’ve Been Proposed To 3 Times, Asked By 4 Boyfriends To Have Their Child”

Young Money’s Nicki Minaj isn’t rushing greatness especially when it comes to delivering her mini-me. The hip-hop diva has hit up social media to reveal a grip of personal – possibly TMI – real-life details.

Onika went to Twitter Saturday (May 26) and claimed she’s been asked multiple times to not only tie the knot but have ex-boyfriends’ babies.

#Queen, know your worth. I’ve been proposed to 3 times; asked by 4 boyfriends to have their child. Being emotionally, mentally, or physically abused just to crack a fake smile on the gram & show off a ring is not happiness. Being cheated on, humiliated, belittled… for the gram?

#Queen, know your worth. You were a Queen before him. You’ll be a Queen after him. He can’t make or break you. Being equally yoked is what you should strive for. Spirituality is key. Once your spirit can soar on its own, then you are ready to “allow” him the privilege of ur time.

New boy asked if I could have his baby in a year & a half. On God I said: “ain’t pushin out his babies til he buy da rock”. Then I busted out laughing. He said: “I’ll put a ring on it. I’ll do anything it takes”. Yet all I could think of his how much I love my new found freedom.

When I tell you I hate Mack. 🤣 I can’t even have serious girl talk cuz here he go. I had to school him the other day & defend ALL WOMEN! Chile! NOTTTT on my watch!!!!! Queen SZN is HERE!!!! If you not appreciating the goodT woman you have, EXIT! Cuz she bout to know her worth 🤧 https://t.co/0tOdOFsIsV

Nicki bout to start a revolution! Breakup season is upon us fellas! Good thing that sh*t don’t apply to me but it’s over for 80% of y’all! 🤦🏾‍♂️😱

Minaj set the internet on fire Friday after responding “yes” to a fan who asked her, “You dating Eminem???” on Instagram. Sources close to Minaj tell TMZ she was only joking … there’s nothing romantic between the two. Minaj is no stranger to dating dudes in the music biz, she’s been with Nas, Meek Mill and was with Safaree for years. She and Eminem both appeared on Nicki’s “Roman’s Revenge” back in 2010. (TMZ)

Heading toward the weekend, both Em and Nicki have gassed up fans with romance gossip.

A few months ago, both New York rapper Cam’ron and Safaree Samuels reacted to Nicki Minaj and Nas breakup buzz.

😂Sorry but we gotta acknowledge you, Killa! 📸 #RobLaneEdits too funny!!! #Camron #Nas #NickiMinaj

#Safaree still love him some #NickiMinaj… Nicki would you give him a second chance? 👀