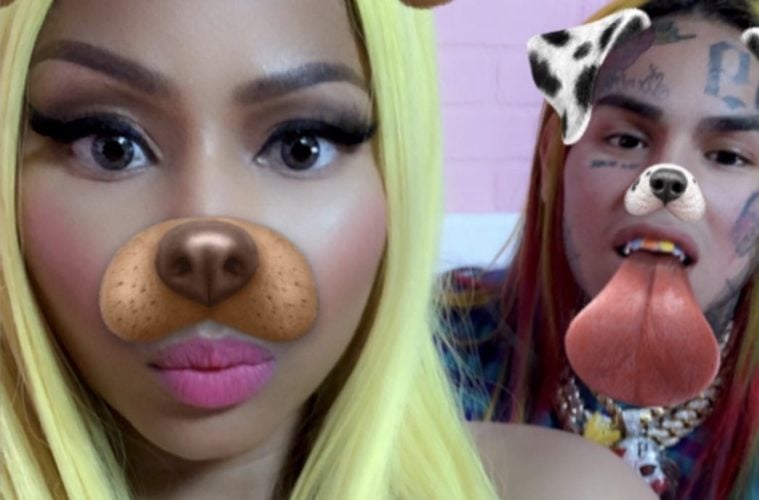 Young Money’s Nicki Minaj is ready to see what Kanye West and Tekashi 6ix9ine are cooking up. The hip-hop diva has co-signed Yeezy linking up with the self-proclaimed “King of New York.”

On Monday, Nicki hopped on Twitter to show support for the hip-hop stars hanging out.

Over the weekend, Kanye shared a pic of himself hanging out with Tek and longtime friend Consequence.

Tek also posted a pic on his Instagram page of himself rubbing elbows with Kanye.

Last week, Kanye gave Twitter followers a look at 6ix9ine posing with a pair of sneakers.