Nicki Minaj Helps Yo Gotti Rake It Up & Taste Platinum

Young Money‘s Nicki Minaj and Yo Gotti are raking it up – literally. The duo’s “Rake It Up” hit single has officially reached platinum status.

Nicki went to Instagram this week to put some attention on their latest accomplishment.

They told me i wasn't going to have Another hit Record WELL.. 🤷🏾‍♂️ I Still Am … #RIAA Certified PLATINUM 💿 #RakeItUp AND IN HONOR OF WINNING WHEN THEY WANT YOU TO LOSE I'MA GIVE YOU A NEW SONG TODAY…. #JUICE🔥 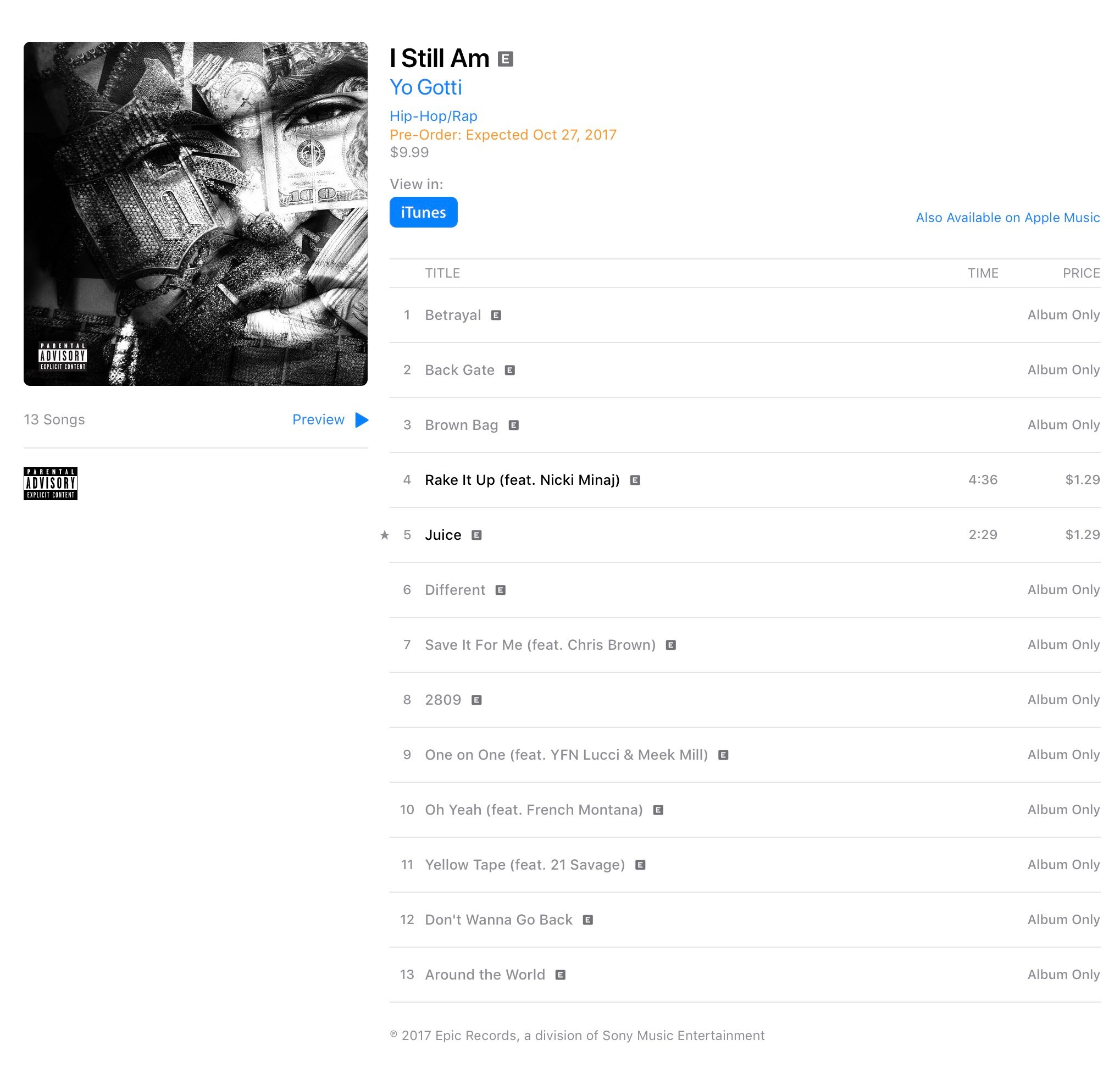 Along with the album release, Gotti has teamed up with streaming giant TIDAL to release an accompanying film.

TIDAL will exclusively release a documentary also titled “I STILL AM,” which follows Yo Gotti across the country as he prepares for the release of his newest album. Fans can check out TIDAL.com/YoGotti to be the first to learn more. Yo Gotti and TIDAL previously partnered for the exclusive release of the “Rake it Up” visual as well as a livestream of the “White Friday” concert. Gotti will also be performing at the TIDAL X: Brooklyn charity event on October 17th. Fans can watch the livestream on TIDAL.com/Brooklyn.

In mid-September, Gotti and rap star Nicki Minaj performed their hit “Rake It Up” single.

Yo Gotti and Nicki Minaj took the stage on “The Tonight Show Starring Jimmy Fallon” last night to do their track “Rake It Up.” Watch the strobe-heavy performance below. The song appears on Gotti’s collaborative album with Mike WiLL Made-It, titled Gotti Made-It. In the accompanying music video, he and Nicki rake up money that literally falls from trees. Earlier this year, Gotti released his new album White Friday (CM9). Nicki has also been busy, releasing songs with Future (“You Da Baddest”), 2 Chainz (“Realize”), and Fergie (“You Already Know”), among others. (Pitchfork)