Nicki Minaj recently defended the female rappers she selected for the “Super Freaky Girl Queen Mix.” However, fans on social media have solely focused on the drama behind it, missing an iconic moment for female rappers in hip-hop. 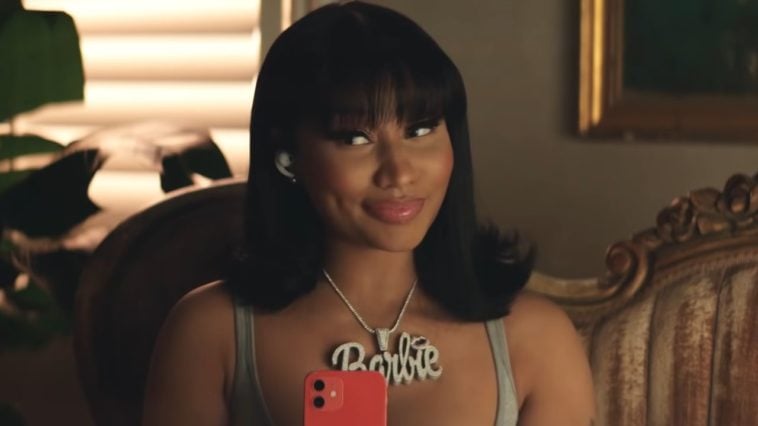 During the episode, Nicki didn’t hold back as she spilled piping-hot tea on some of our favorite female rappers, and The Barbz were here for it all.

The “We Go Up” rapper took the time to respond to fans who reacted by adding their two cents—calling out the female rappers who have never shown gratitude or support but felt entitled to be on the “Super Freaky Girl” Queen Mix.

Despite all the Queen Radio drama, Nicki Minaj made it clear that it’s not personal to those who were upset that they were not chosen to be on the remix but felt disappointed that such an iconic moment was overlooked.

“One of the main points I’m hearing from Nicki Minaj Queen Radio Tea Party is that she’s not upset about all these female rappers hating on her. She’s upset that they went out of their way to try to stop the OTHER female rappers on #QueenMix from having a happy ICONIC moment.”

“Correct. I made that very clear. But that won’t be posted anywhere.”

Speaking of clapping back,  Lil Kim took to social media to clap back at 50 Cent for publicly shading her after the drop of her recent collab on Megan Thee Stallion’s “Plan B Remix.”

In the now-deleted Instagram post, 50 falsely accused the “How many licks” artist of dissing Nicki Minaj’s child.