Young Money‘s Nicki Minaj is pouring her heart out. The hip-hop artist has reacted to the publicized London Parliament attack.

Nicki went to Twitter Wednesday (March 22) to speak out on the reported terrorist carnage and sent positive words to London locals.

Eyewitnesses describe what they saw after the UK Parliament attack https://t.co/IZFAoGasMd https://t.co/K4qaREtzro

A few days ago, Nicki called London her second home. 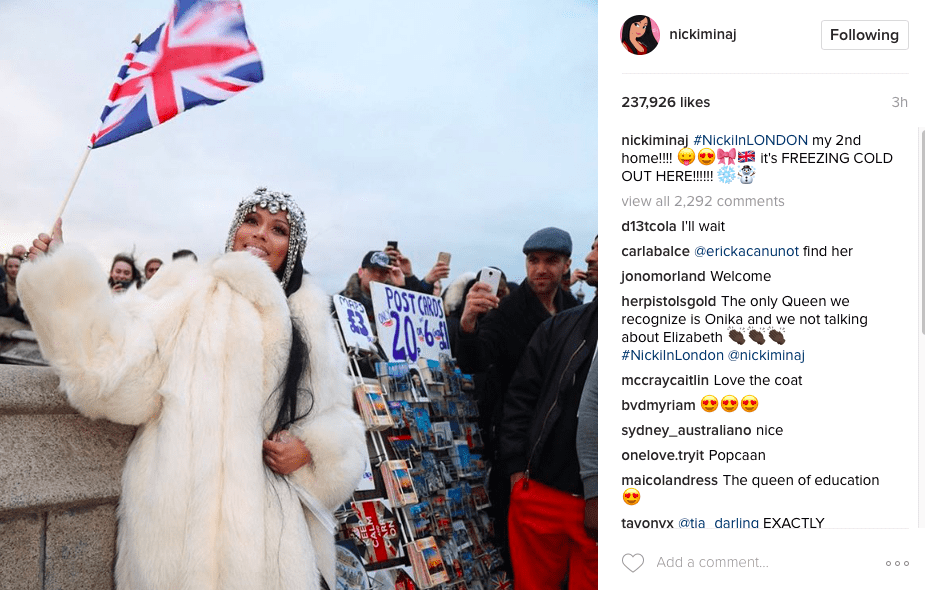