Young Money‘s Nicki Minaj has the Internet going nuts. Social media is currently buzzing over the possibility of Onika hinting at having a baby on the way with rumored boyfriend Nas.

The latest gossip suggests Nicki caved in and used the emoji to unofficially announce a pregnancy. 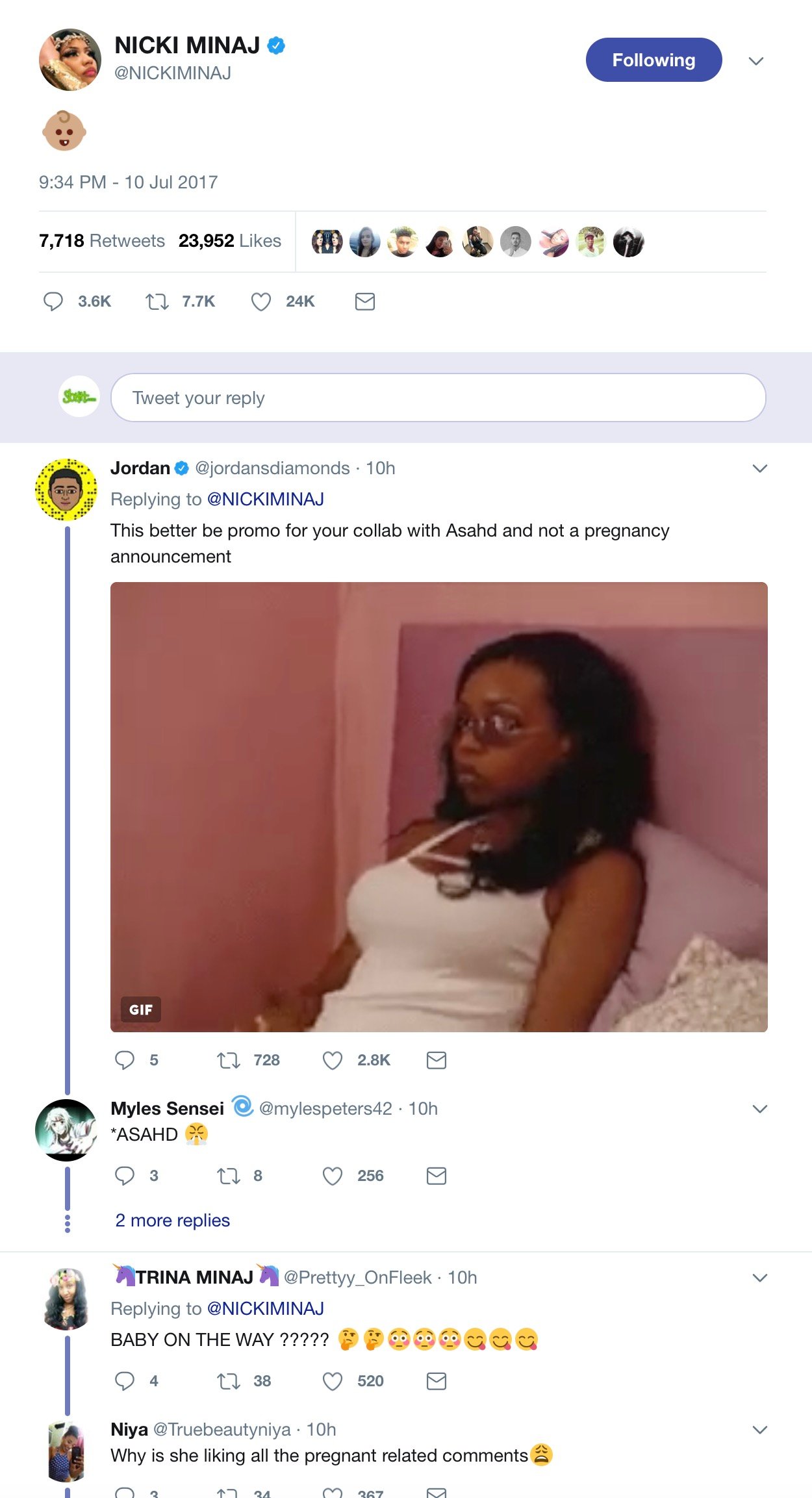 Earlier this month, Nicki reacted to fans going nuts in anticipation for her new album. 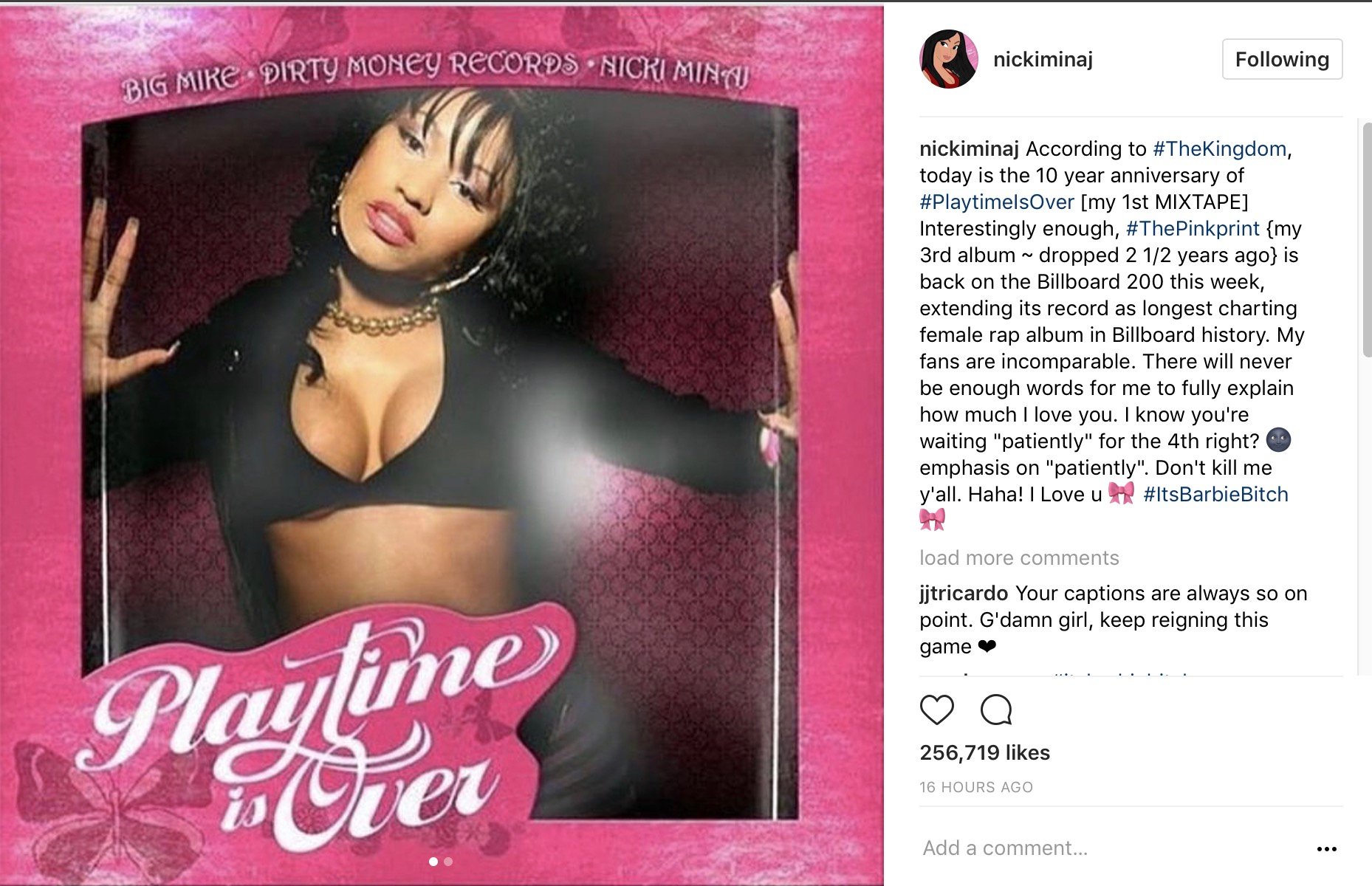 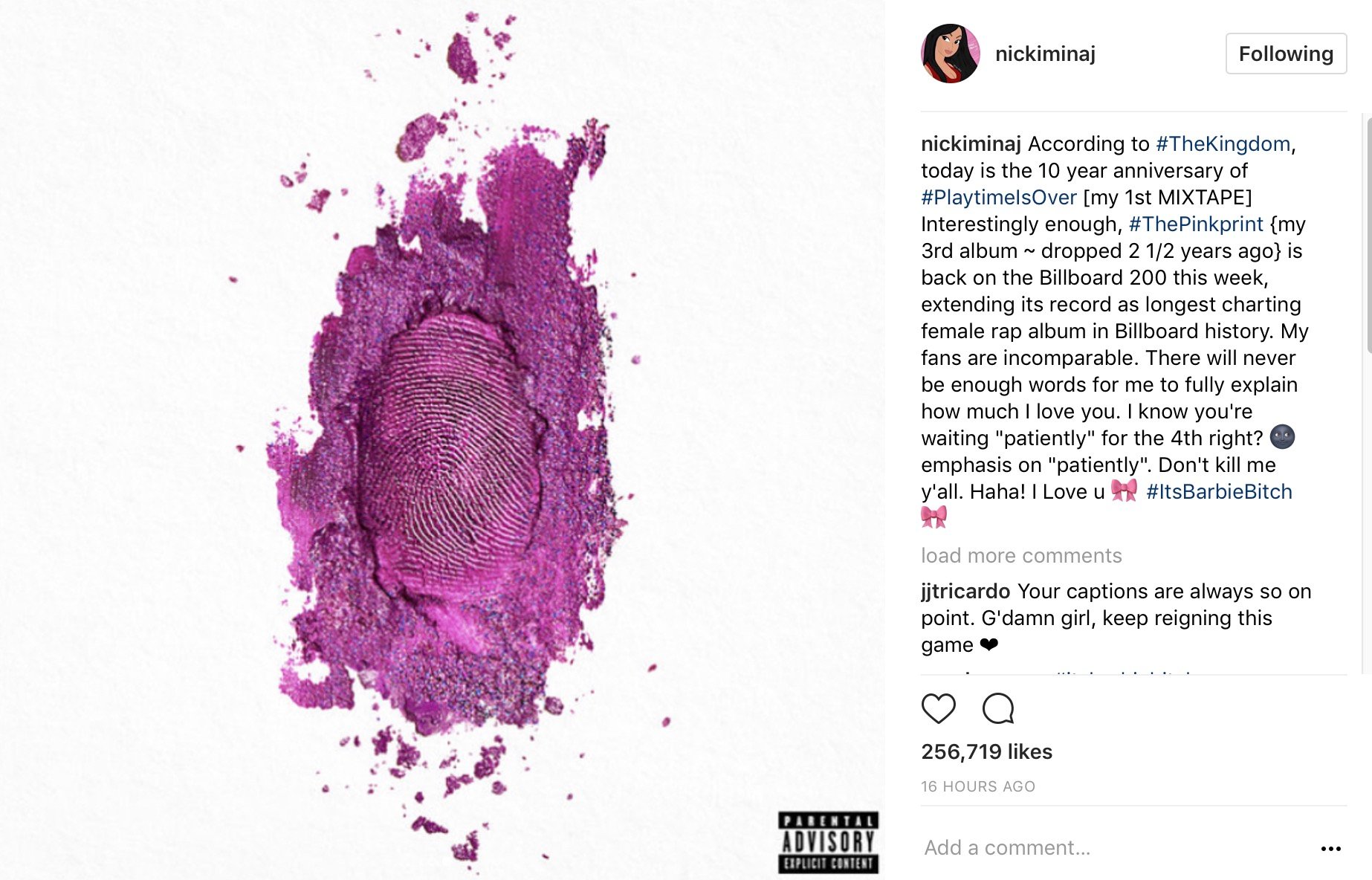 Music producer London On Da Track recently revealed he had new music on deck with Nicki.