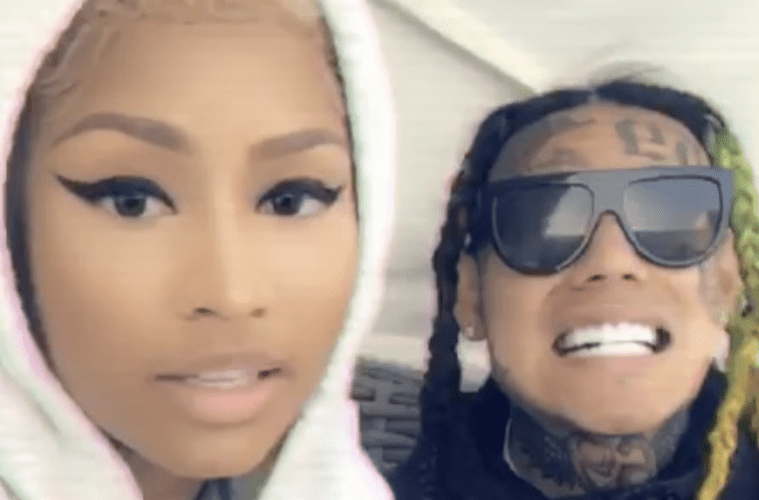 Nicki Minaj Announces She’s Bringing Queen Radio Back With “Her Little Son” Tekashi 6ix9ine: “I Got A Lot Of Special Surprises”

Last night, 6ix9ine went to his Instagram page with footage of himself alongside Nicki. She used the clip to formally announce her Queen Radio show would return on July 19 with a bunch of surprises.

“Aight, so on the 19th I’m going to do Queen Radio with my little son – the 19th, Queen Radio, I got a lot of special surprises.” -Nicki Minaj’s Instagram

Last Monday, Minaj went to her Twitter page to geek out over her and Tekashi 6ix9ine’s “TROLLZ” collaboration toppling the competition. She also acknowledged how the success came after their single received no support from radio or streaming playlists.

“Congratulations, Barbs. Y’all did this with no playlisting and no radio and it’s just not happening in 2020. All the records on the top of the chart right now are doing that with heavy playlisting and radio so for us to do that, debuting, that’s insane. So I love you guys so much. We just did the highest pure sales of the year of every song released. You can’t buy that. That’s fan love.” -Nicki Minaj’s Twitter

Minaj didn’t stop there. The Young Money rap star also promised to soon expose the entertainment industry over behind the scenes tendencies.

Over the past few days, both Tekashi and Nicki have celebrated their chart-topping success. 6ix9ine vowed to go on a seven-day trolling spree.