Within her Q&A piece, Nicki gushed over Meek’s boyfriend qualities and admitted how much her mother worried about their initial dating.

“My favorite thing about Meek is kissing him,” Minaj revealed. “My mother only knows Meek from what she sees in public, in the media. She’s met him now, but she just wants to make sure he’s a nice guy. She’s overprotective of her daughter. Another thing people don’t realize is I’ve only had three boyfriends in my whole life. I’ve never dated around – I don’t have a whole lot of experience in that department so my mother and my family were very like what? This is a big step, because they’ve only known one thing for over a decade.” (GQ)

GQ unloaded handfuls of Nicki and Meek’s coupled up pics Tuesday (September 22) via its website. 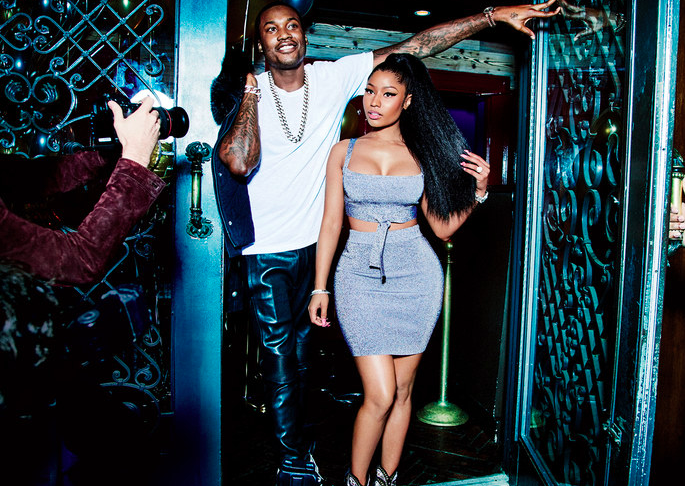 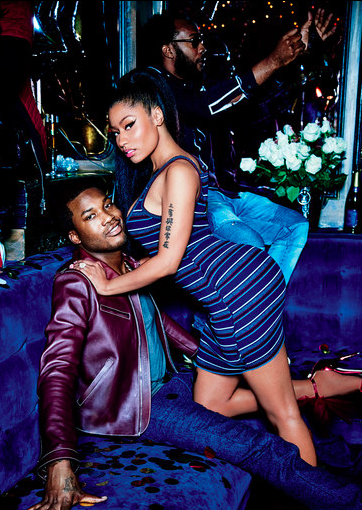 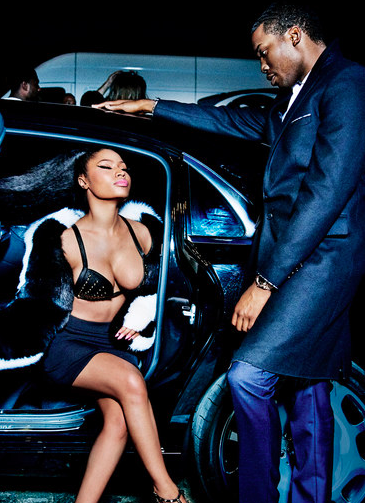 Last month, Meek publicly revealed how much he loved Nicki during a concert.

#PressPlay Part 1: #Omeeka puts an end to rumors that they broke up

“This is the toughest motherf*cking cookie I ever had in my life. I love this girl, she do a lot for me. She help me stay on my game and keep me going. Make some noise for Nicki Minaj.” (Instagram)