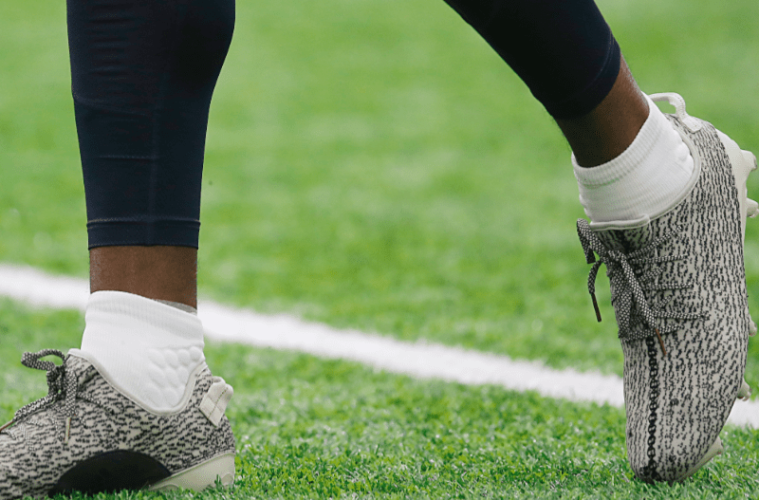 Philadelphia Eagles‘ Dorial Green-Beckham could not fool the NFL. The wide receiver received a hefty fine for donning a pair of Yeezy cleats in the name of a bogus foundation.

Weekend details surfaced and revealed how serious of a stunt Green-Beckham tried to pull off.

Players across the league took part in the My Cause, My Cleats campaign in Week 13 in which they wore designer cleats that helped promote charities and social issues that they care about. Green-Beckham wore a pair of cleats from Kanye West’s Yeezy brand and said they were in the name of “the Yeezy Foundation,” which apparently does not exist. (ESPN)

The NFL hit Dorial with a $6,000-plus fine for wearing the Yeezy cleats.

Green-Beckham has been fined $6,076 for wearing the cleats, and now we face the obvious question: What initiatives would The Yeezy Foundation, if it were an actual charitable organization, be involved in? (Fox Sports)

Texans' DeAndre Hopkins was fined $6,000 for wearing Yeezy cleats.
His response to whether he'd wear them again = 🔥 pic.twitter.com/e3iBCpAY8k

Hopkins reportedly received a $6,000 fine for wearing his Yeezy cleats during a game.

Houston Texans’ DeAndre Hopkins received his fine Thursday, for wearing the Adidas shoes designed by Kanye West when his team faced the Chicago Bears. Hopkins was fined $6,000 and said he doesn’t plan on wearing them again, “unless Kanye plans to pay his fine,” according to Aaron Wilson of the Houston Chronicle. (UPI)