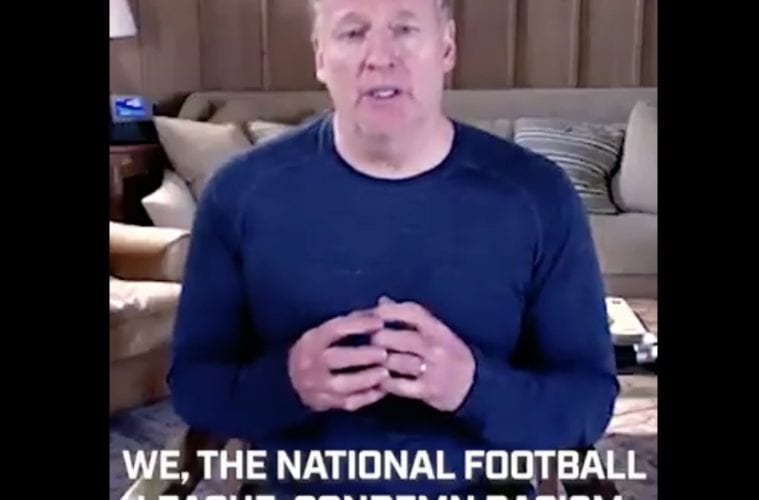 NFL Commissioner Roger Goodell is keeping it 100. The head of the National Football League has stepped up to admit being wrong about not fully comprehending players issues with inequality and racism.

On Friday, Goodell released a video statement addressing the Black Lives Matter movement. In addition to speaking out against racism, Roger Goodell also issued an apology on behalf of the NFL.

“We, the NFL, condemn racism and the systematic oppression of Black People. We, the NFL, admit we were wrong for not listening to NFL players earlier and encourage all to speak out and peacefully protest. We, the NFL, believe Black Lives Matter.” -NFL’s Twitter

Despite Goodell and the NFL’s public statement, Kaepernick’s publicized girlfriend Nessa isn’t convinced. She responded to the apology and ripped Roger for still keeping Kap out of the league.