St. Lunatics leader Nelly has decided to fall back on touring overseas in the United Kingdom over terrorism concerns.

According to reports, Nelly has pulled the plug on a highly-anticipated international run.

But Nelly’s people tell us he bowed out of the 4 dates because of the threat of terrorism following the Paris attacks. An attorney for Nelly confirms the singer had safety concerns relating to venue security preventing terrorist attacks. We’re told the shows will be rescheduled. (TMZ)

The rapper pled guilty in a Tennessee court to possession of marijuana and drug paraphernalia. His lawyer argued his clean record qualified him for a pretrial diversion, and the judge agreed. If Nelly stays out of trouble for a year, the charges will be wiped from his record. (TMZ) 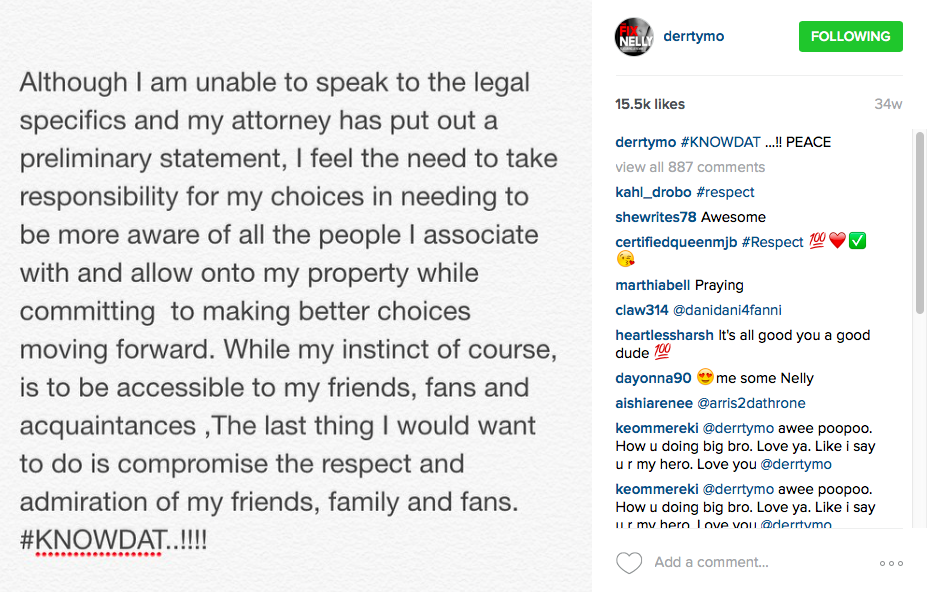 The drug bust went down back in April..

Rapper and reality TV star Nelly is facing felony drug charges after being arrested in Tennessee on Saturday. Tennessee Highway Patrol said in a news release that Nelly, whose real name is Cornell Haynes, was pulled over about 9:20 a.m. because the bus he was riding in failed to display a U.S. Department of Transportation and International Fuel Tax Association sticker. (NBC News)