R&B singer Ne-Yo is setting the record straight. The veteran crooner has addressed widespread speculation about his interest in performing at President-elect Donald Trump‘s upcoming inauguration.

Ne-Yo went to Instagram early Saturday (December 10) to clear his name amid the controversy. 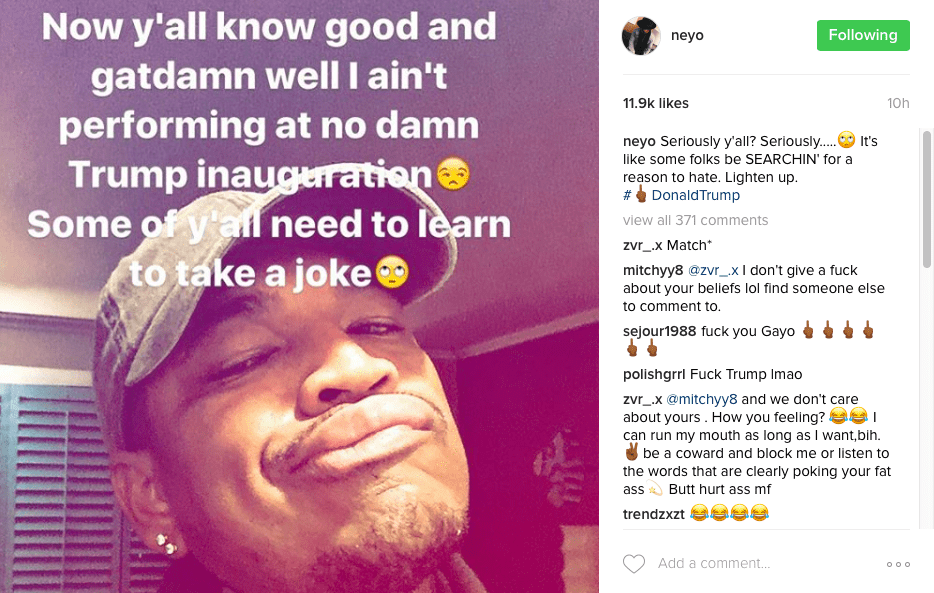 Back in October, Ne-Yo joked about wanting to move to Canada if Donald won the presidential election.