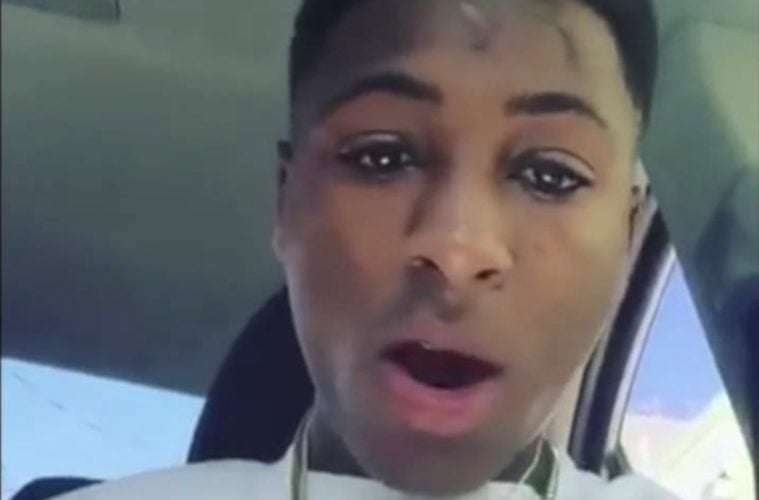 Louisiana rapper NBA Youngboy might be a free man again. Social media has started to speculate on the hip-hop newcomer’s release weeks after landing behind bars on criminal charges.

Footage has emerged of Youngboy appearing to get released from jail. The hip-hop artist has reportedly put up a $75,000 bond.

NBA Youngboy was reportedly released from prison on a $75,000 bond on Thursday, March 15. A quick clip of the rapper saying, “All they got to do is free Kodak now,’ surfaced online. (VLAD TV)

#NBAyoungboy has been released from jail. 🔓

Earlier this month, a report emerged about prosecutors wanting to put Youngboy away for a decade.

Prosecutors are asking a Baton Rouge judge to revoke Louisiana rapper Kentrell Gaulden’s probation — on the heels of his out-of-state arrest on kidnapping and assault charges — and make him serve a suspended 10-year prison term for his role in a nonfatal 2016 drive-by shooting. The 18-year-old Gaulden, who performs under the name YoungBoy Never Broke Again, is “a threat to society and the safety of others,” East Baton Rouge Parish Assistant District Attorney April Leon alleges in court documents. (The Advocate)

A few days prior, reports emerged about NBA getting transferred to another jail over a kidnapping charge.

Recently, the rapper’s mom came forward to provide a small update on his situation.