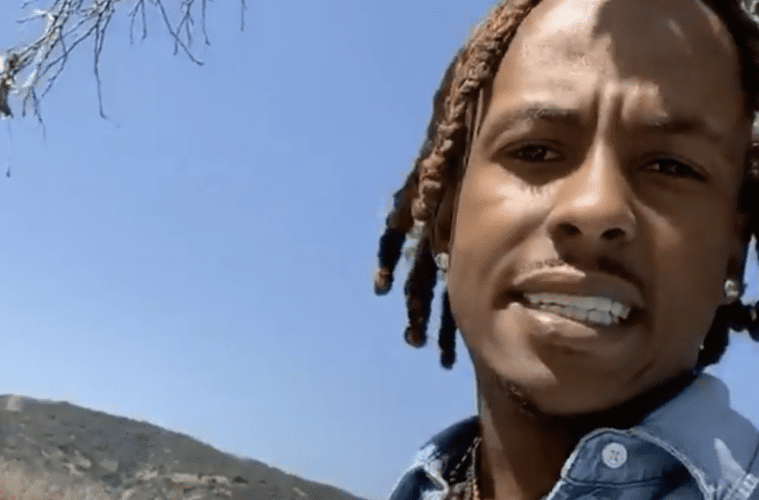 Louisiana rapper NBA YoungBoy stays with the jokes. The hip-hop heavyweight went online this week to share some cringe but funny af footage of himself throwing fellow rap star Rich The Kid into a pool.

Last night, the epic footage of NBA YoungBoy trolling immediately went viral. YoungBoy is shown on the screen moments before surprising Kid by pushing him into a pool.

Why they push #richthekid in the pool. #nbayoungboya fool 😂 -Akademiks’ Instagram

Earlier this week, new footage started making its rounds across the Internet. In the clip, YoungBoy appears boo’d up with a mystery woman.

According to recent reports, NBA’s recent girlfriend Iyanna “YaYa” Mayweather faced both real prison time and a $10,000 fine for assaulting his ex. If things turn for the worst, Mayweather could ultimately see up to 99 years in the slammer.

According to the charging documents, obtained by The Blast, the 19-year-old has been charged with Aggravated Assault With A Deadly Weapon. A serious felony in the state of Texas, and if convicted the charge can carry a VERY lenghly prison sentence.  Sentencing guidelines for this charge range from 5 up to 99 YEARS in state prison and a $10,000 fine. (The Blast)

Days prior, YoungBoy went on a huge social media rant. The rap star lit up rap rival Kodak Black after weighing in on Iyanna’s arrest and referred to her as his wife.

“Watch me from a jail cell, man. This n*gga watching me from a jail cell and on my d*ck so bad, n*gga. N*gga b*tches – ain’t never paid attention to a n*gga especially from no motherf*cking cell, n*gga. The f*ck a n*gga watching me for? Then a n*gga said I cooperated about what you stupid b*tch? About my wife? You talking about this girl right here? My wife? You talking about my wife? Inside my house that I paid for? Not her b*tch a** daddy?” -NBA YoungBoy’s Instagram Live