This week, Dame went to Twitter and showered Lamar with serious praise and likened him to Pac.

Last month, Atlanta rapper T.I. imagined what career path 2Pac might have taken if he didn’t get murdered in 1996.

“I feel like, you know, as a kid, Pac was my favorite rapper since the first time I heard him, and you know, that’s the first person I ever, as an artist, hoped to pattern myself after. Anything could have happened with Pac, man. Just his diverse intellect, and the way he thought outside the box could have led him anywhere in life. He may have gotten into politics by now. Who knows?” (The Kansas City Star)

Days prior, music mogul Diddy shared a rare pic of himself and Pac. 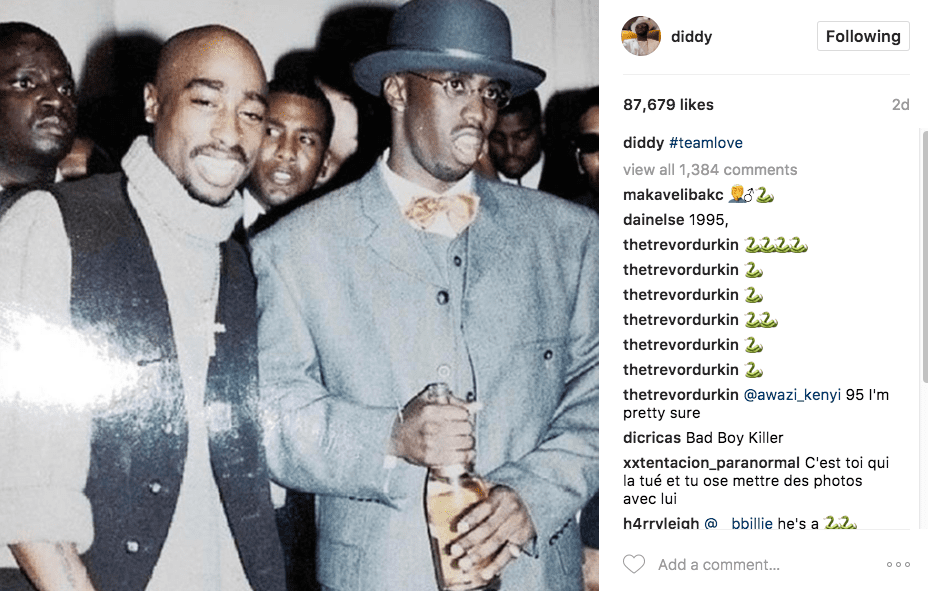