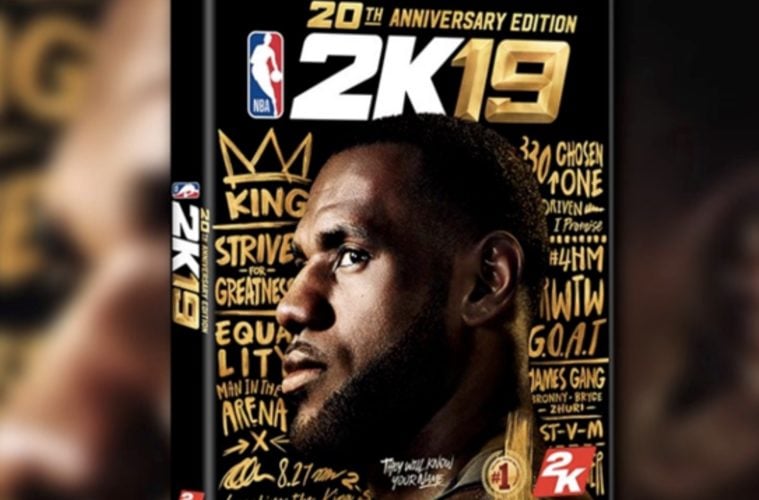 NBA 2K19 20th Anniversary Edition: “NBA 2K Is Back & Still Just As Great As We Remember”

It’s the time of year basketball fans love. NBA 2K19 is here – are you ready? Trust me you know I am. The best basketball franchise out right now looks to pull out all the stops as it gets ready for its biggest release to date.

From LeBron James and Giannis Antetokounmpo as the cover athletes to the disputed player ratings from the players themselves and SOHH/getFRUSH nation, let’s get into why you need this title because NBA 2K is about to be lit AF.

The anniversary edition with LeBron as the cover athlete gives you a leg up on the rest of the competition. First, you’ll get the game 4 days earlier, but it will cost you a pretty penny marked at $99.99. For those who go straight to the pick up games, this will benefit you greatly because you’ll have the extra 100K virtual currency to start off, along with 50K MyTeam points just to name a few. So, if you put up the money right away, your player and MyCourt will be fresh right off the break. Definitely worth it to give yourself the best chance to get to the 90+ rating.

My goodness, the gameplay just keeps getting better and better for the 2K series. No wonder NBA Live is struggling right now. NBA 2K has found something new to add gameplay-wise since the legendary 2K10 edition. This year it is the Takeover system. The Takeover meter maintains or breaks momentum in the game. Your player can either help or hinder your teams momentum going forward. The story mode amplifies this feature. Takeover makes everyone around your player better, enhancing their abilities. But, just as quick as you build it, it can also be taken away with one mix up. So, play smart.

From Kawahi to Toronto or LeBron to Los Angeles, this NBA off season has been nothing short of over the top. With the new Carmelo to Houston deal, I am definitely sure more folks will be running with the Rockets as much as the Lakers or Warriors. Although I believe if you play with the Warriors you probably not very good, there I said it. It’s always fun to see the same faces in new places and this year should be no different.

This years rookie class is something which has us all curious. Aside from Deandre Ayton has anyone really separated themselves as a sure thing? Some will say Trae Young or Luca Doncic, but a lot is to be proven among these guys. This will be the first look at how fans will perceive these players. Although not the best way to judge a player, this is one of the ways you develop a fan base is how good you are in the video game. Only one way to find out how good/bad these guys are, you’ve seen the ratings, but can you make them better?

From one of the brain of one of the hottest acts around, Travis Scott, comes the 2K19 soundtrack. I’ll honestly let you be the judge of this one, there are 47 tracks. Yeah, you read this right, 47 tracks. All hand picked by the man himself. Scott reaches in a bunch of different directions from hip hop to pop rock, and so forth. The variety is is great, and I hope you enjoyed listening to it as much as playing the game.

Twenty years and showing no signs of slowing down folks. NBA 2K is back and is still just as great as we remember the last one. Will you run the neighborhood or let Correy Harris take you back to school. Work your way from the Shanghai Bears to the NBA, and show that chump the NBA chose wrong.

From there, see if you can take down some of the great on the street ball court. With the 2K league now in place, give yourself a chance to get noticed this time around. I’ll see you guys on the court. Hit me up on the PS4 RyanC34. Let me know what you think in the comments and on – Twitter: @Zero2Hero, IG: Rproctor23, Snap: Proctorious.