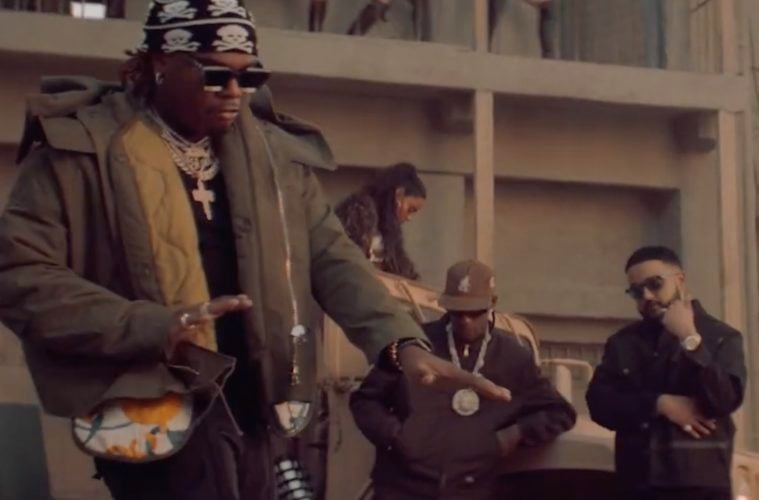 On Monday, NAV hit the green light on their visual. The epic-looking video features the trio surrounded by gun-totting vixen flexing military vibes.

Directed by Amir “Cash” Esmailian and Zack Fax, NAV enlists an all female militia with AK-47s as the firearms of choice. Helicopters fly overhead while flamethrowers, vintage tanks and dancers all make for a must-watch effort. The Wheezy produced song marks the second time that the trio has collaborated after Travis Scott’s Astroworld hit “YOSEMITE.” NAV has confirmed that “Turks” serves as the first single from his upcoming and untitled third studio effort. Gunna is also cooking up something major, as his recently debuted “Skybox” video introduced his next project, WUNNA. (HYPEBEAST)

Early Monday, Gunna went to his socials to share some behind the scenes footage. The video is over two minutes showing him around NAV and Travis Scott on-set with the production team.

A few days ago, NAV elebrated his “Turks” collaboration with Gunna and Travis Scott. The rap crooner shared a screenshot showing the record sitting atop a music chart.

“With great company with my brothers”

The same week, NAV surprised fans with the must-hear banger.

“TURKS OUT NOW! Link in Bio @gunna @travisscott @wheezyx5 a”