Canadian hip-hop artist Nav has a reason to smile from ear to ear. The rap star went online this past weekend to celebrate Good Intentions debuting atop the Billboard Top 200 chart.

This past Sunday, Nav went to Instagram to geek out over his achievement. The Toronto rap artist celebrating selling over 100,000 copies in just 7 days.

SOHH TIP: Listen to NAV‘s newest album with an amazing wireless speaker. Affordable sound for your workout with the Tribit MaxSound Plus bluetooth speaker. Get deep bass for 10% off when you use code MS10 now through May 31.

“I want to start off by thanking my family, friends, @cashxo, @theweeknd, all the artists and producers involved and who could forget my LEGENDARY FANS!! #1 again!!! 135k first week!! 🙏🏾 XO ❤️” -Nav’s Instagram

“I want to thank everyone who has been supporting me and my album. I appreciate all the love I’ve been getting on this project🙏🏽 To my fans, I would be nothing without you guys I love you guys 4 life, I do this for y’all!! This is just the beginning. – Brown Boy XO” -NAV’s Twitter

Based on initial projections, NAV’s Good Intentions album had estimates showing up to 75,000 copies could sell. Singer Kehlani and rapper Lil Durk both follow closely behind with 5-digit projections.

SOHH TIP: Treat yourself to some high-quality sound — Affordable sound for your workout with the Tribit MaxSound Plus bluetooth speaker. Get deep bass for 10% off when you use code MS10 now through June 15. 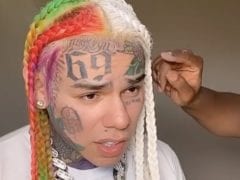 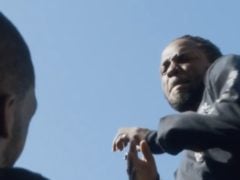