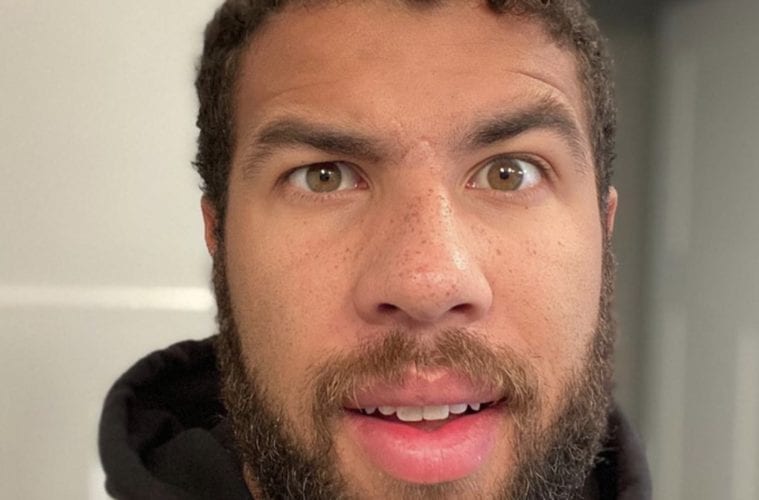 On Monday, Beats By Dre went to social media to break the massive partnership news. The company also shaded President Donald Trump following a tweet demand for Wallace to apologize for claiming a noose was recently intentionally left at his race track garage.

“We weren’t going to announce this until later this week, but hate cannot win the day. No one should ever be asked to apologize for standing up for what’s right — we are proud to welcome @bubbawallace to the Beats by Dr. Dre family.” -Beats By Dre’s Twitter

“This is so dope! Honored to be a part of the family! If you know me, music is a strong passion of mine! 🤘🏾” -Bubba Wallace’s Twitter

Early Monday morning, President Donald Trump publicly called out Wallace. He questioned why Bubba hadn’t apologized and even ripped NASCAR for recently banning the Confederate Flag from its events. Wallace made sure to respond to Trump with love over hate.

“Has @BubbaWallace apologized to all of those great NASCAR drivers & officials who came to his aid, stood by his side, & were willing to sacrifice everything for him, only to find out that the whole thing was just another HOAX? That & Flag decision has caused lowest ratings EVER!” -Donald Trump’s Twitter

“To the next generation and little ones following my foot steps.. #LoveWins” -Bubba Wallace’s Twitter

The noose situation happened in June 2020 when Wallace discovered it in his garage stall. However, after an investigation the FBI determined it had been in the same location since 2019.

After Wallace successfully led efforts to have the Confederate flag banned at all NASCAR events, the rope was discovered in his garage stall at Talladega Superspeedway in Alabama in June. The FBI later determined that the noose had been in the garage since at least October, months before Wallace occupied it, and that the driver was not the target of a hate crime. (Buzz Feed News)