According to reports, the community has avoided gunfire erupting for an entire year.

In addition city-funded security in the form of lights, cameras and police protection, a coalition called 696 Queensbridge is credited with keeping the peace. The community-based program is comprised of six members who are helping to secure the 96 buildings that make up the Queensbridge Houses, made famous by the hip-hop artist Nas, who rapped about growing up there. (NBC New York)

Recently, Nas talked about gearing up to find his mini-me for an upcoming TV pilot about his rags to riches story. 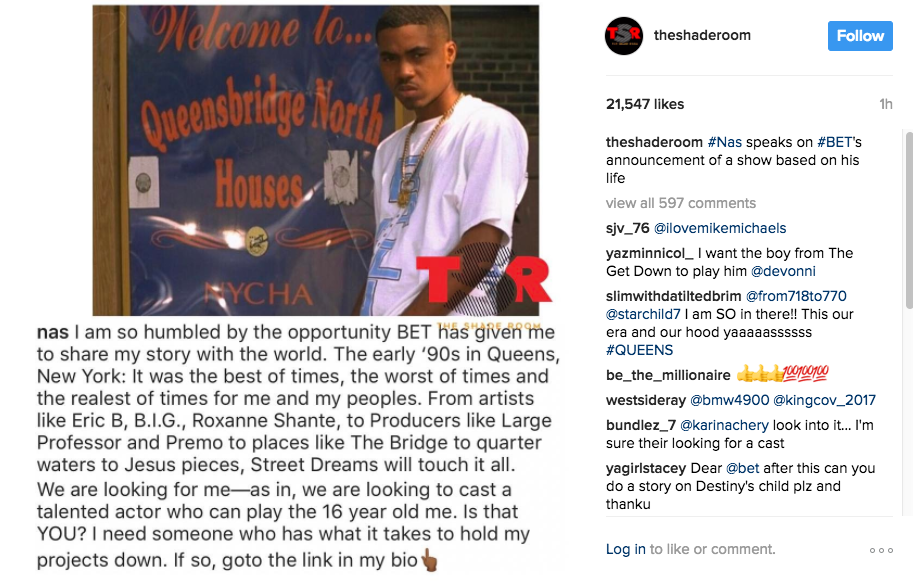 EXCLUSIVE: BET, coming off ratings records for its New Edition miniseries, has given the green light to another music-infused period scripted project based on the story of a famous performer. The network has ordered a pilot for Street Dreams, an hourlong series from Rush creator Jonathan Levine. It is executive produced by rapper Nas on whose life the project is based. (Deadline)