Nas, Drama and Common all took to their Instagram pages to shine some light on Chance’s award-winning outing.

haaaa….That was luv! Congrats @chancetherapper on ya 3 Grammy wins! U deserve all ya success🙏🏽🙏🏽🙏🏽 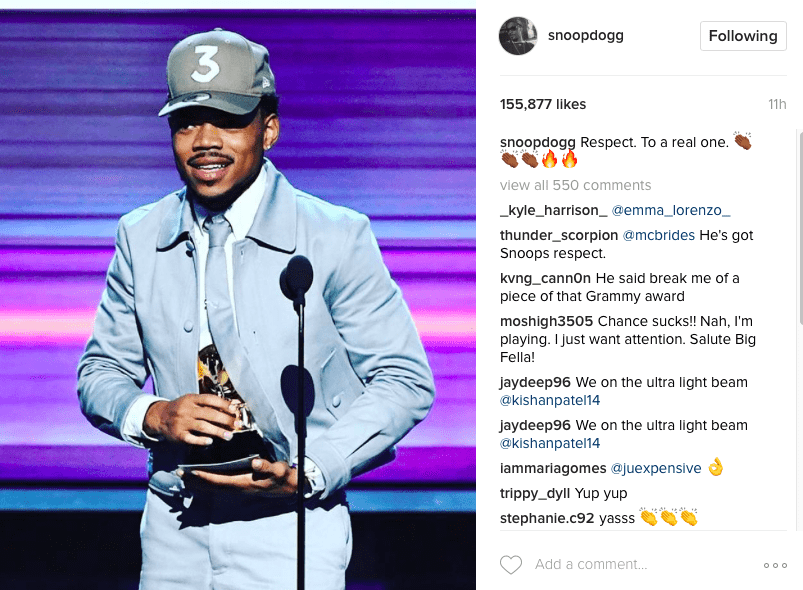 #GRAMMYs performers @katyperry and @chancetherapper greet each other on the red carpet!

Chance has since jumped on Instagram to show off a personal congratulatory text message from Grammy-winning rapper Drake. Not gonna lie I'd love to see chance leave out the Grammys with his hands full. Love that guy.