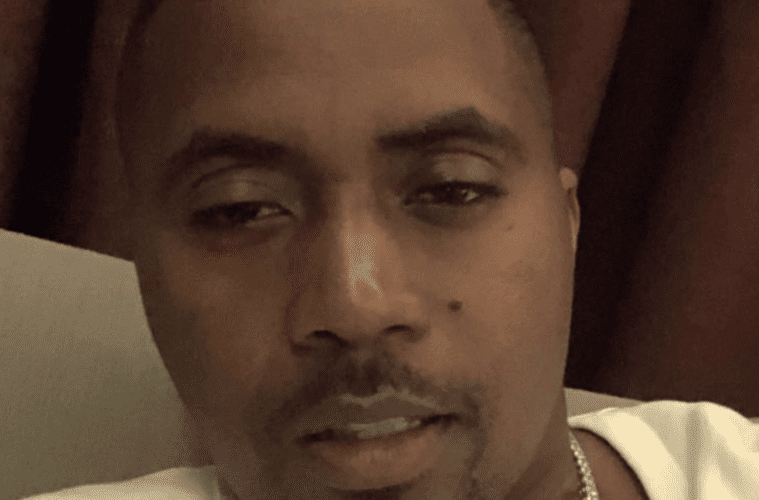 New York rapper Nas is pushing for Black Lives Matter at all costs. The hip-hop veteran has come forward to salute NBA icon LeBron James for his powerful demonstration for the movement during last night’s Los Angeles Lakers game.

On Friday, Nasir Jones went to his Instagram page with a snapshot from Thursday’s national anthem ceremony. The pic features King James kneeling in support of ending police brutality and pushing the BLM movement forward.

“Stand for something or fall for anything. Salute @kingjames” -Nas’ Instagram

During a post-game press conference, James spoke with the media about the league kneeling in unison to support an end to systematic racism. LeBron also placed a heavy emphasis on crediting Black Lives Matter activist Colin Kaepernick for inspiring the teams’ decision to kneel.

“I hope we continue to make Kap proud. Every single day I hope I make him proud on how I live my life, not only on the basketball floor, but off the floor. … I want to always speak out against things that I feel like are unjust. I always want to be educated on things and go about it that way. … Kap was someone who stood up when times weren’t comfortable, when people didn’t understand, people refused to listen to what he was saying. If you go back and go look at any of his postgame interviews when he was talking about why he was kneeling, it had absolutely nothing to do with the flag. It had absolutely nothing to do with the soldiers, the men and women that keep our land free.”

LeBron made sure to put plenty emphasis on the importance of pushing for social justice during his press conference.

Prior to last night’s tip-off, both LeBron James’ Lakers and the Los Angeles Clippers went to the court to kneel during the televised broadcast.

NBA Commissioner Adam Silver has publicly shared his support for social justice but also made it restricted for players to kneel during the national anthem. However, under recent circumstances and the growing Black Lives Matter movement, Adam said he would not stop players from the peaceful demonstration.

No players knelt for the anthem in 2017 when the phenomenon was at its peak in the NFL. The NBA technically has a rule on its books prohibiting players from kneeling for the national anthem. Commissioner Adam Silver confirmed that he will not enforce that rule, though, due to the unique circumstances surrounding this game and moment in history. “I respect our teams’ unified act of peaceful protest for social justice and under these unique circumstances will not enforce our long-standing rule requiring standing during the playing of our national anthem,” Silver said, according to Yahoo Sports’ Chris Haynes.  (CBS Sports)