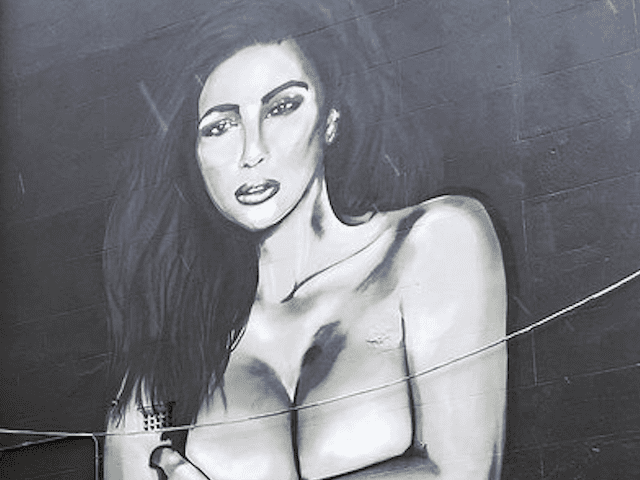 According to reports, the government is calling for Kim K’s painting to come down within two weeks.

Sydney City Council has ordered a mural of Kim Kardashian’s naked image to be removed but an intimate painting on the same wall that depicts her husband Kanye West kissing himself is allowed to stay. The artistic replica of a black and white image of Kardashian posted to Instagram last week, appeared on the exterior wall of a Chippendale restaurant days later. (The Daily Mail UK)

Earlier this month, buzz about a mural of Kanye kissing himself in Australia developed.

Sydney artist Scott Marsh’s latest work is a giant mural featuring Kanye West. More specifically, it’s a mural where Kanye is making out with another Kanye West, Mashable reports. It’s based on a Photoshopped image that went around a year ago. The mural is located on Teggs Lane; it’s painted on the side of Zigi’s Wine & Cheese Bar. (Pitchfork) 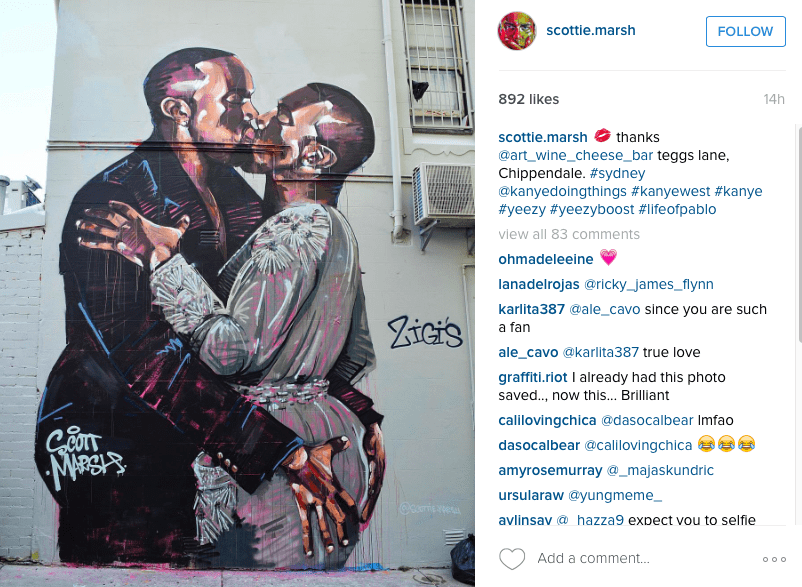