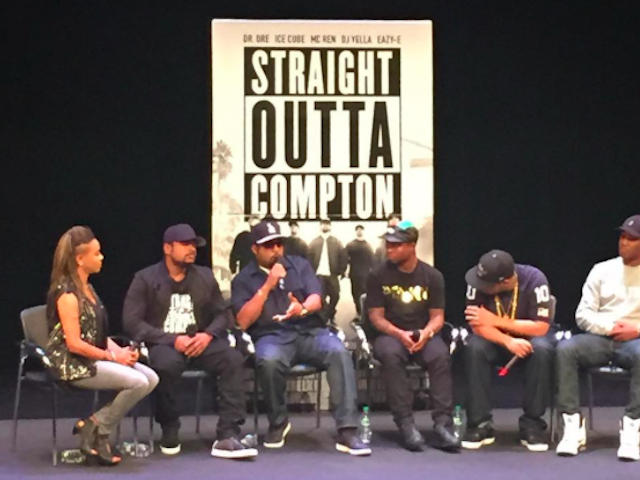 According to Universal executive Doug Neil and Facebook entertainment head Jim Underwood discussed playing the race card in marketing the flick last year based on its trailers.

Neil and his team were concerned that white audiences wouldn’t know enough about the subject of the film, the gangsta rap group N.W.A. So the trailer marketed to white people on Facebook centered on Ice Cube and Dr. Dre, two members of the pioneering group who later had acting and business careers and would be more recognizable to white viewers. With African American audiences, Universal assumed there would be more previous knowledge about N.W.A., so the trailer centered on the group rather than individual members. (TIME)

Cube dished on his personal issue with the Academy snubbing the mega hit in a separate interview days prior.