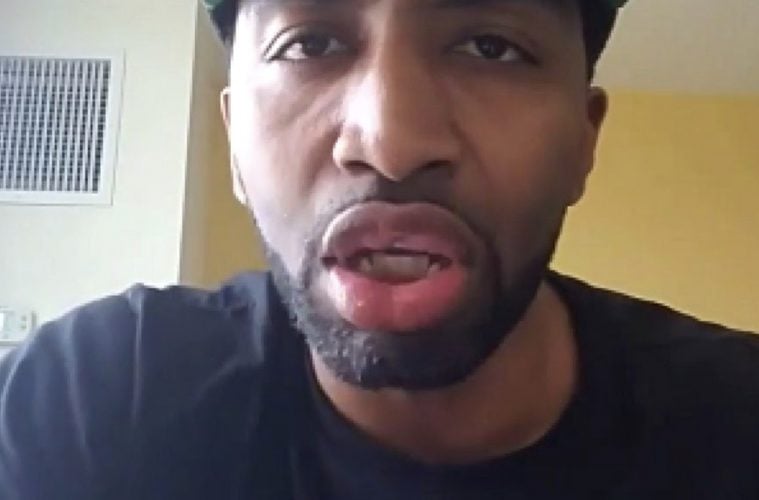 Mysonne Calls Out Akadmiks Amid 6ix9ine Informant Reports: “These Streets Don’t Love You”

Mysonne hit up Instagram Wednesday (November 28) to get at Akademiks for his publicized ties to 6ix9ine.

This week, buzz developed about who in 6ix9ine’s camp could be the alleged informant.

Taking to Twitter, 6ix9ine fans have been split after many accused his long-time friend and fellow rapper Skinnyfromthe9 of ‘snitching’ and being the police’s confidential informant. Skinnyfromthe9 was reportedly facing 30 years in prison earlier in 2018 after being hit with kidnapping charges, however he was released from prison fairly quickly afterwards and some fans are accusing the rapper of cutting a deal with the police to provide information on his 6ix9ine and others. (Capital Xtra)

“First of all, you can’t say you’re the King of New York while JAY-Z’s still alive. I’m not saying you said it, I’m saying you can never say you’re the King of New York while JAY-Z’s still alive. Let’s get to Nas. Look at Nas. But I feel like where he’s at, he reminds me of me and Max B. That Coke Wave days. Max got 75 years in jail. You know anybody in life that got 75 years in jail? Exactly – one thing about Max and me too when we were doing the Coke Wave DVDs, when Max was doing it while people loved him. Max was fighting with Jim because whatever situation they had, a contract – but me, just being, what would you do for your guy? You stand by him, right? So Max B was fighting for his freedom, whatever him and Jim Jones had going on. So people understood, that’s what he was telling people what was going on – in this one [with 6ix9ine], you don’t even know what he’s fighting for. And I love 6ix9ine, shout-out to his family – Fat Joe was telling him. He was giving me the same messages. Fat Joe was the one who walked me into Funkmaster Flex. … I had to learn.” (Bootleg Kev)

This week, 6ix9ine appeared in court and pleaded not guilty to a slew of federal charges.

The judge set his trial date for September 4. That’s a long way off and, at least for now, it seems 6ix9ine will remain behind bars for much of that period … if not all of it. The issue of bail was not addressed in court. As we reported, his attorney, Lance Lazzaro, plans to apply for bail directly to the trial judge. Tekashi was denied bail when Lazzaro offered to pay $750k, surrender his passport and remain on house arrest. (TMZ)