Wake hopped onto his Twitter page to jab Trump and also speak on the Baltimore, Maryland situation amid publicized rioting. 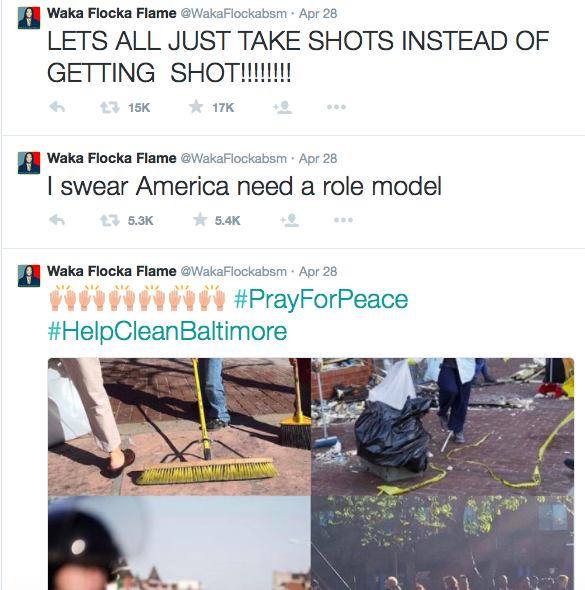 “There’s no excuse for the kind of violence we saw yesterday,” Obama said. “People looting and burning down buildings are not protesting, they are criminals. If our society really wanted to solve the problem, we could, but it requires everybody saying this is important… and that we don’t just pay attention to these communities when a CVS burns. We can’t just leave this to the police. It is not a protest. It is not a statement. It is a handful of people taking advantage of the situation.” (White House Press Conference)