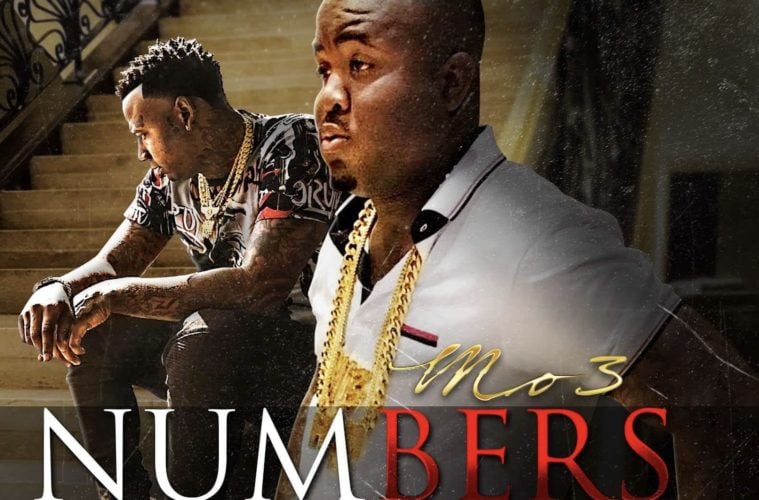 Dallas rapper Mo3 is locked and loaded for his new Moneybagg Yo-assisted “Numbers” banger. The Southern hip-hop newcomer fuses both singing and hard rap bars for a gritty anthem set to put everyone’s workout, weekend and hustle goals in order. Check out the anthem below and peep Mo3’s exclusive “5 W’s With…” with us!

1) Who – was the first person to come to your mind when you knew “Numbers” would turn into a new single? The song is straight fire will they be a visual?

I actually had already did the whole song. But when we finally decided to link up and do a song, I played him the song and he was hype. Everything just kind of fell in place after that.

2) What – made you decide to link up with Moneybagg Yo for this banger? He’s made a steady buzz and received co-signs from rap stars like Drake but what really made you go forward with him?

We kept running into each other while we both were on the road working. So we would chop it up and always said we would link up and do something. The timing worked out and we linked up and did “Numbers.”

3) Where – do you find yourself recording most of your music? You have Dallas roots but a lot of your close-knit relationships like Boosie Badazz and even Moneybagg Yo are based in Louisiana, Tennessee, Atlanta, etc. Can you piece together your music anywhere or is there one main spot you go to record?

Mostly Dallas. We have a studio that I been recording in since forever. Now I can record in any good studio but Absolut studio is like my second home.

4)When – Tell us about the first time you met Boosie Badazz?

In RedBird mall in Dallas. I think he had something going on there, and I was up there shopping. We just kinda bumped into each other and instantly hit it off. He has always been one of my favorite rappers. And then he said he like my music. Man, I was shocked that he even knew who I was!

MO3- All this hard work we been doing and we really have been seeing progress. Like real progress. At first, anywhere I went in Dallas, fans would be hype but when we would go out of town, it just wasn’t as hype. Now, it seems like everywhere we go, I have more and more fans. And just seeing more of the world and really listening to fans everywhere has grown my mindstate. You just don’t know how much I put into Shottaz 3.0. I gave it my all and I know my fans are going to LOVE IT!!

MO3 is a Dallas Rapper who has enjoyed success on platforms like Instagram and YouTube. The rising rapper has built tremendous buzz, as fans have locked toexperience his music. He hails from the Northside of Dallas, Texas. In those parts poverty was high and opportunities to escape it were low. “I had to do what I had to do to get by” MO3 explains that “Everyday was a hustle”.
The sequel to his debut, Shottaz. Reloaded, arrived at the close of 2015. The album featured “Hold Ya Tongue,” which went on to become a moderate hit for MO3, notching nearly two million streaming views in the year after release. Reloaded hit number 14 on the Billboard Rap chart, climbing to number two on the Billboard’s Heatseekers chart. His follow-up, 4 Indictments hosted by DJ Drama, also topped the Billboard’s Heatseekers chart upon release in 2016. 4 Indictments featured Louisiana artist Boosie Badazz on 2 songs entitled “What She said,” and “My Nigga”. In 2017 he released an album based off his alter ego Marcus Mack called Gangsta Love Pt 1. Which infused Trap & RnB. This album also charted on Billboard’s Heat Seekers as well as Billboard Rap Charts.

Mo3 has shared the stage with several entertainers in the music industry such as Young Dolph, Bossie, Migos, Penny Longway, YFN Lucci, Kirko Bangz, Trae The Truth, Rick Ross, and Trina just to name a few. Now MO3 is ready with a new project entitled Shottaz 3.0 which in his words, “Will Be The Best Album of 2018. My growth will be on full display.” A New star in Hip