Rap veteran Missy Elliott‘s long-awaited return to the hip-hop spotlight is a go with the release of her new “WTF (Where They From)” music video.

It’s been a few years since Missy Elliott released a new song, but that wait ends now. She just dropped the video for her new single “WTF (Where They From)”, featuring Pharrell. In the clip, directed by Missy and Dave Meyers, she covers herself in mirrors and reminds the world that she’s one of the medium’s all-time greats, with a succession of choreographed moves in futuristic settings. (Pitchfork)

Watch the music video on the next page… Buzz about some new music coming together from Missy and Pharrell bubbled online last month.

There were hints since February Missy was staging a comeback. Pharrell for one has said he’s been working with the “Work It” rapper in the studio. It looks like this song is called “WTF.” But our video cements it, showing Missy getting her freak on with a film crew Tuesday night in downtown LA in a very shiny suit. (TMZ)

Last summer, producer Timbaland released a picture of himself and Missy onto Instagram. 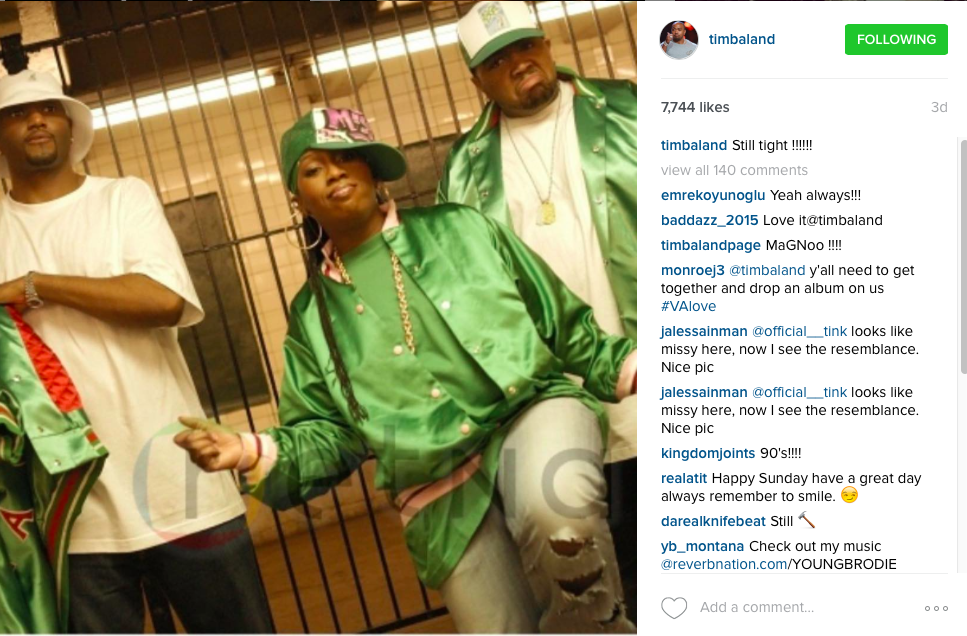